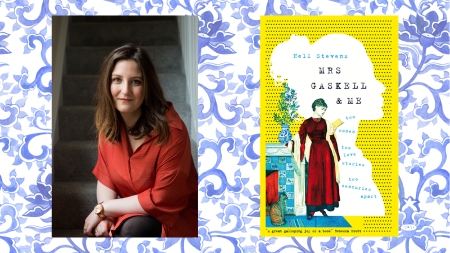 Not currently employed outside freelancing – not outside the home, I mean – how I spend my time is at my own discretion. A rabid reader, it’s not a stretch guessing what I’ve been doing with my free time these past seven or eight weeks.

Cups of coffee and toast crumbs litter my desk, books stacked on and around me acting as a fortress. It’s an apt comparison. Books have always served me well keeping harsh realities of the world at bay. They represent both passion and comfort. Between used bookshops and the wonders of the internet I’m doing a laudable job building my collection.

I’ve read some astonishingly good books lately, at least one not so great. Two of the astonishingly good have been on my TBR for years, surfacing because the Edinburgh-based book group I joined chose them. Funnily enough, I didn’t make it to discussion for either book I did manage to finish. I only made it for the one I didn’t. I read the unfinished book at least a decade ago. A classic of contemporary Scottish literature, I will finish this go ’round and write about it. I showed up for that discussion without worry the ending could be spoiled and to introduce myself to like-minded readers. I also wanted to hear native opinions about an Edinburgh-set novel so wildly popular it was later adapted to film.

Mrs Gaskell & Me: Two Women, Two Love Stories, Two Centuries Apart made it into my Scottish home library thanks to an itchy Amazon One-Click finger. I can never order just one book. How lonely for it to ship alone, who could bear the thought of an orphaned book. And the title of its companion … how could I resist? Then the description:

In 1857, after two years of writing The Life of Charlotte Bronte, Elizabeth Gaskell fled England for Rome on the eve of publication. The project had become so fraught with criticism, with different truths and different lies, that Mrs Gaskell couldn’t stand it any more. She threw her book out into the world and disappeared to Italy with her two eldest daughters. In Rome she found excitement, inspiration, and love: a group of artists and writers who would become lifelong friends, and a man – Charles Norton – who would become the love of Mrs Gaskell’s life, though they would never be together.

In 2013, Nell Stevens is embarking on her Ph.D. – about the community of artists and writers living in Rome in the mid-nineteenth century – and falling drastically in love with a man who lives in another city. As Nell chases her heart around the world, and as Mrs Gaskell forms the greatest connection of her life, these two women, though centuries apart, are drawn together.

Mrs Gaskell and Me is about unrequited love and the romance of friendship, it is about forming a way of life outside the conventions of your time, and it offers Nell the opportunity – even as her own relationship falls apart – to give Mrs Gaskell the ending she deserved.

I knew little of Gaskell’s beloved Charles Eliot Norton but his name rang a small bell.

An American author, art critic and professor of art, he enjoyed friendships with a number of writers of his day including: John Ruskin, Leslie Stephen (father of Virginia Woolf), John Lockwood Kipling (father of Rudyard) and, of course, Elizabeth Gaskell.

Rudyard Kipling, from his autobiography:

We visited at Boston [my father’s] old friend, Charles Eliot Norton of Harvard, whose daughters I had known at The Grange in my boyhood and since. They were Brahmins of the Boston Brahmins, living delightfully, but Norton himself, full of forebodings as to the future of his land’s soul, felt the established earth sliding under him, as horses feel coming earth-tremors. … Norton spoke of Emerson and Wendell Holmes and Longfellow and the Alcotts and other influences of the past as we returned to his library, and he browsed aloud among his books; for he was a scholar among scholars.

Norton’s place in Gaskell’s heart was a delightful surprise, admittedly voyeuristic. Digging into his life, small wonder she found kinship in a way she couldn’t with her husband. Meeting the great thinker on a trip to Rome, what better setting to spark romance. A feeling he reciprocated made obvious through barely restrained, coded correspondence, it’s safe to assume it was never consummated considering the time and upstanding reputations of both. And when he eventually married, realizing a relationship could never be, Gaskell’s heart was crushed.

I’ve been thinking of writing just this sort of book, weaving a life’s worth of reading literature in with my experiences. I’m not old and decrepit – though the snaps, crackles and pops emanating from my leg joints suggest otherwise – but I do have enough life experience to look back with benefit of well-earned wisdom. Stevens seems a bit young to have already begun looking back, but then she’s chosen a brief window. Mine would involve looking back further along than halfway, a bigger task. 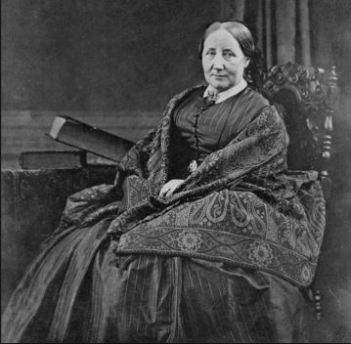 similar theme, it hits the ground running. I loved the first third or so, empathizing as she struggled heroically with her doctoral thesis (NOTE: I don’t have a Ph.D. but based on my Masters experience I have an inkling) and recalling the heartbreak of failed love, something we all know too well.

The material concerning Stevens’ life – as far as the love story – began running thin the further I got into the book, not quite successfully stretching to match Gaskell’s. It became repetitive; I began to drift off. I identified with Stevens mostly in the beginning, when the love was unrequited. I can’t help thinking if she’d maneuvered that period forward a bit, starting earlier in the relationship, she’d have made it to the end with more effective balance. Her struggles with scholarship provide plentiful material but it’s the romantic element binding her to Gaskell. It never felt quite matched to me.

Now that I’ve finished the book, formed my opinion and gotten through one draft of my own review, I’m at this moment revising. Safe to read the thoughts of others without them bleeding into mine, I see I’m distinctly in the minority – not uncommon at all. Reviews in big name periodicals are overwhelmingly positive, though Amazon’s readers are more mixed. A couple mention factual errors, disconcerting considering Nell Stevens is a scholar. While I haven’t gotten to the bottom of that, I’m investigating.

Enough about the book irked me I can’t give it a firm recommendation. Yes, the premise is intriguing, and yes I’m delighted to see Elizabeth Gaskell’s name brought into the 21st century, but conceits such as slipping into second person in the Gaskell sections made me grit my teeth.

Then, keep in mind I’m a hard ass reviewer. Your experiences may vary. I do recommend caution against plopping down the hardback price, though.

If you have read or do read it, I’d love to know your thoughts.

One thought on “Mrs Gaskell & Me by Nell Stevens”