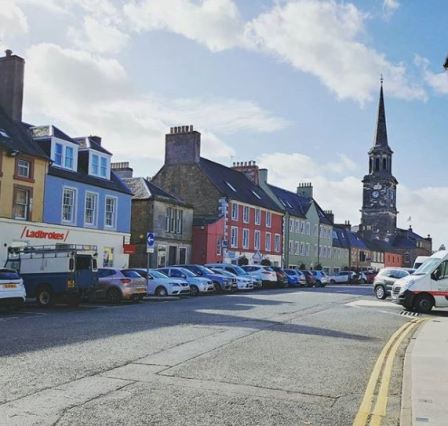 Life’s been challenging for Chris and me this past week. Outside forces have been exerting a lot of negative energy, leaving us two anxiety-ridden insomniacs walking around like yawning zombies. The onset of autumn hasn’t helped. Shortening days coupled with cold winds and driving rain don’t improve the mood.

But then it’s Scotland, not Fiji. Get. Real.

I’ve been struggling with the excruciating SCOTUS hearings and subsequent confirmation of the Dishonourable Brett Kavanaugh – revealing so much misogyny and perversion entrenched in our justice system it staggers. I’ve insisted “this is not my country” whenever there’s been a racist or misogynistic event. Two years on, I may have to rethink that.

The mid-term elections on 6 November will be pivotal. If the country comes out against the Trump administration, hope lives. If not, the fight continues. It will swing back. The problem is rectifying the damage done will take a very long time, healing the rift between left and right the biggest hurdle.

We are a nation divided, indignation fueled by fury.

We took full advantage when the weather cooperated with brilliant sunshine last Tuesday. Yes! Sunshine in Scotland! Chris suggested a side-trip to the village of Haddington, East Lothian. Just twenty minutes-ish outside Edinburgh, it’s a pretty little place to spend an afternoon – longer if you search out all the historical sites.

For Chris, who’s powered by music, it has a used record shop. For both of us, used books and other fun things from a myriad of charity shops then a quick bite at a quaint little café called Diggory’s. If you happen by make sure you mention my name. They’ll have no idea why, but my ears will burn and I’ll know you care. 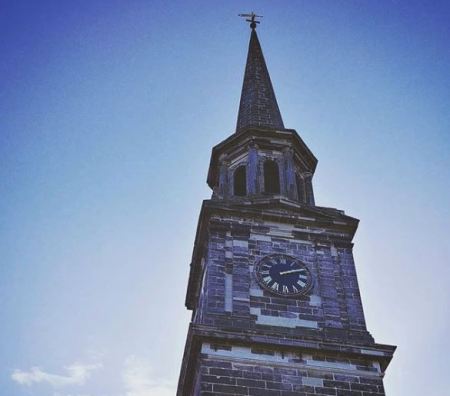 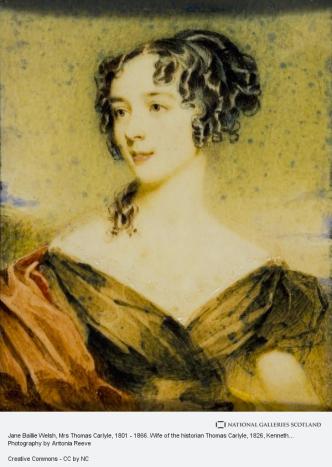 I didn’t read about the history of Haddington until I got home that evening. Turns out it has a lot. Walking in the main shopping area, I saw a plaque commemorating native daughter Jane Welsh Carlyle, woman of letters and wife of writer Thomas Carlyle, but didn’t follow through tracking down her birthplace. We both had plans later in Edinburgh so didn’t have the whole day, but her house was right there on the high street.

I’ve not read Jane Carlyle’s famous  letters, but was force-marched through an excerpt of Thomas’s famous Sartor Resartus as an English literature undergrad. Virginia Woolf was a big fan of hers, and I’m a big fan of Woolf. She admired Carlyle because the woman pulled no punches:

I do think there is much truth in the Young German idea that marriage is a shockingly immoral institution, as well as what we have long known it for – an extremely disagreeable one.

Haddington’s also where John Knox – minister and leader of Scotland’s reformation – and misogynist extraordinaire – was from. A ruined castle and churches, medieval bridge and connection to Mary, Queen of Scots are a few other things we missed. But then it was a let’s get the hell out of here and forget our worries for a while outing. 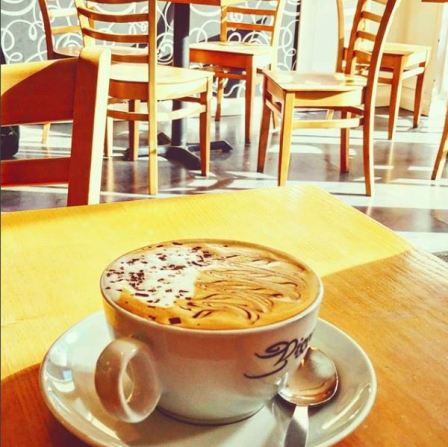 Chris’s cappuccino – much prettier than my Diet Coke

It was off to Edinburgh after lunch, for me pretty Dean Village. It took some doing finding an access point, since a lot of it’s pedestrian only. Poor Chris found a good spot to dump me through a lot of trial and error. Walking there is a lot different than driving, and he’d never driven. He’s a good egg.

Until the 19th century a separate village within Edinburgh, for 800 years a mill town, it’s now a staggeringly expensive, trendy place to live. Easy to see why: 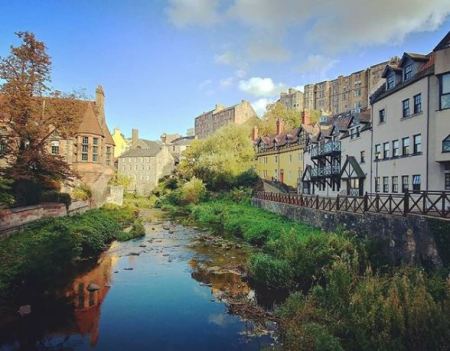 Dean Village on the Leith 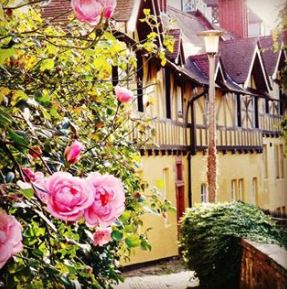 Still a few roses in bloom. 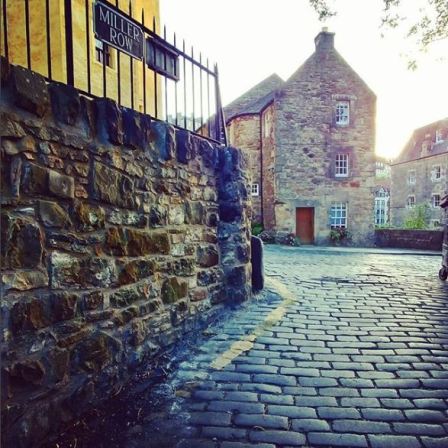 Have I made you sick with jealous loathing yet? If not, here you go!: 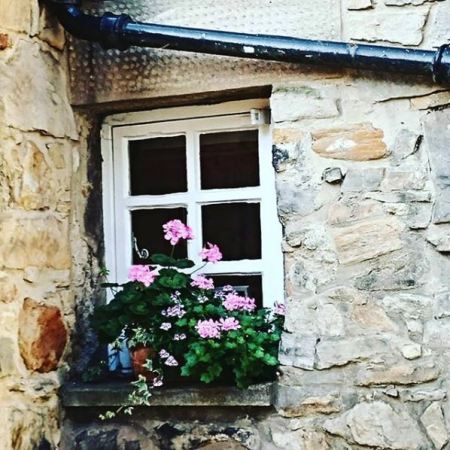 Dean Village is filled with wanderers, locals and bloody tourists. Chris dropped me  around 4 or so when it was largely deserted, so I had a relaxing meander until it got too dark for decent photography. My one regret is I didn’t make it to the cemetery before it closed. I won’t talk about the why until I’ve been there. It has to do with artsy, literature-related stuff and this post isn’t about that.

Pretty much a perfect day, overall. Stress? What stress. For a few hours it was possible to forget all about it.