It’s time to sweep away books from the summer and queue up titles for winter review. That’s my grubby lace arm you see, sliding down the table, knocking off old wedding cake and all the spring and summer ARCs. Estella, get the door! It’s the postman again.

What I didn’t get around to reading I’m abandoning, like a tiresome orphan at a train station, a pin with the plea “please take care of this book, thank you” clipped to its little wool jacket. We had a lovely time, only my apartment space is very limited and every corner filled. You see how it is.

Don’t look at me with those sad eyes…

The fall and winter publication lists have been eyeing me seductively, saucy things. They’re shiny and new and exotic with all their tantalizing promise.  Arrivals are coming fast and furious now, thick brown envelopes tracking me everywhere, plopping upon my doormat, the front door of the apartment building I’m in, even the marital house I’ve left. You unread or unpromising lot from earlier in the year are a bit worse for wear, your covers scuffed from being shuffled between rooms, all the novelty worn off. I’ve had you; now I want them.

The bloom is off your rose.

New and different things have a delicious appeal, when you’re a reviewer. It’s what ensures the perpetuation of the species. What’s being talked about this week or month or season has a buzz my kind knows how to generate well enough we can’t resist each other’s hyperbole. It’s what keeps me poring through the lists of up and coming releases, grabbing what looks promising, adding to the piles slated for the long, cold winter.

Despite feeling a little hesitant to take it on, I chose Kenzaburo Oe’s newest novel, Death by Water, for this round of reviews via New York Journal of Books. I heard the announcement it had come in – I was right there and it would have been a little silly if I hadn’t – and that no one else had claimed it. Snatch it up, a voice crooned in my ear…

SNATCH IT UP and run!

I’ve never read anything by Oe, a relatively recent Nobel Laureate, so it’s a little unnerving my first foray with him will necessitate pronouncing on his work in a loud and public review forum. If I don’t like the book, I’ll be the reviewer who was too good for a writer who’s won the big prize. If I do, I’ll be one of the adoring. Whichever way it falls, the pressure’s turned up a bit. Not that it’s ever stopped me; I’m unafraid of challenging icons (SEE: Tyler, Anne). Still, I admit I feel it.

Hold me; this is a tender moment. I’m feeling a little fragile.

Mood’s over. Go sit across the room. I’m busy. 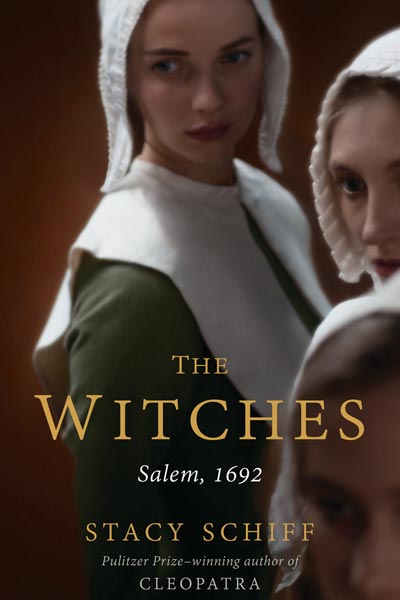 In other reading, I’ve begun Stacy Schiff’s marvelous nonfiction work The Witches: Salem, 1692. Always been fascinated by the Salem Witch Trials, as iconic an American story as any, plus all my family ancestral lines were already in this country well before this nastiness occurred, making the possibility they knew of it – during or not long after – very real.

The story’s enticing enough for all its swirling darkness and edge of menace, made more enigmatic by a surprising dearth of existing evidence, the fact of which coming as a complete shock to me. Having done a fair amount of genealogy over the past year and a half, I’ve learned what meticulous record-keepers the early colonists were. Finding a gap of over a year in personal and official papers is shocking. This was intentional. And I’m hooked.

While Oe’s occupying the bulk of my reading time, I’ve also been trailing a finger in other advance copies. On a whim, I grabbed a new YA title by Edwidge Danticat, called Untwine. Don’t know why I picked it, to be honest. Change of pace? It’s about twin sisters of Haitian Creole ancestry, which is of course Danticat’s own heritage. When the family gets into a terrible accident, not everyone survives. It’s about the bonds of twins and having read the first third, I’ve known for dozens of pages the complexity’s not going to engage my attention all that well. Pitted against the other, far more compelling stuff I’m into, no surprise. Not a promising first taste of this author.

Far more to my taste is Andrew Motion’s latest, The New World. His second sequel to RL Stevenson’s Treasure Island, this one finds hero Jim Hawkins stranded on the Gulf Coast of Texas, returned for the silver left buried there lo these many years. 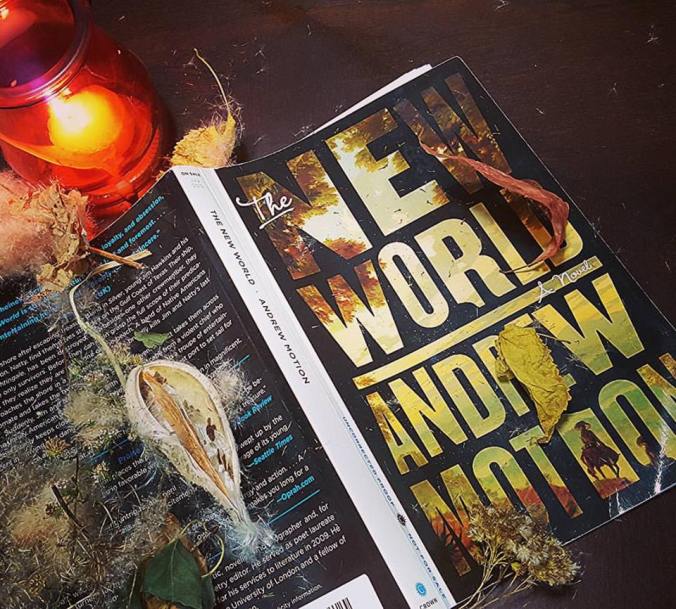 More titles in flux, on the way or dropped behind furniture, temporarily lost. I do my level best, I do, but it’s a madhouse. As a change of pace,  I was just offered a CD for review, by a Grammy-winning artist. I’ve turned down other music review requests. This one just got lucky being in the right place, catching me in the right mood. Plus, it’s a sort of easy listening genre, which will pair well with my new Lush bath stuff and a bathroom full of candles.

Hey, I can be bought.

But enough blather. I’m in the middle of that Oe review, first draft, and want to get that one pushed out of here before the book waiting on deck, written by a friend of a friend (another avenue into my good graces), steps up to the plate.

Busy, busy, never ending. Circle of life. Shoulder to the grindstone and don’t spare the horses!