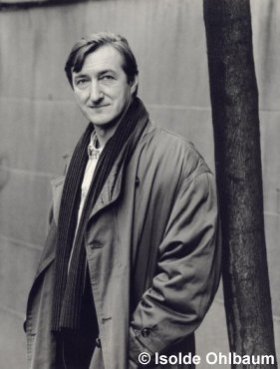 “Why does the writing make us chase the writer? Why can’t we leave well enough alone? Why aren’t the books enough?”

Yesterday I worked selling books on behalf of the library where I work. Our tent was set up at a local festival featuring food, drink, art and handicrafts, that sort of thing, our purpose to remind the public we exist and sell a few books to help offset costs of library programming, etc. I sold 14 books in the hour I was there, only one to myself, which is sort of amazing. The book I bought:

A commonplace book, in case you’re unfamiliar, is a collection of quotes and thoughts about books a reader keeps. It’s a jotting down of memories or striking quotations, facts about authors, etc. I’ve always meant to keep a commonplace book; instead, my thoughts are spread out in at least a dozen journals, here on my blog and all over the web. Maybe when I’m old(er) I’ll compile them into one place.

The point is, I came across the above quotation by Julian Barnes in the book I purchased. Honestly, it felt a little hurtful. I’m not sure if he was speaking of himself – as in, leave me alone – or if it was more a general thought, but it stung because I would love to meet Julian Barnes, the man behind the words that have moved me. Depending on the circumstances, I now know he may find that intrusive. Should I have the honor of meeting him I’d feel discomfort not knowing his true meaning, though I wouldn’t turn down the opportunity. I’m not that big a fool, discomfort or not.

Translating this to my little world, I’ve received the occasional reader email thanking me for bringing up the topic of depression, bipolar II level depression, which includes suicide ideation. The admission I, too, suffer helps spread the understanding there is no shame, that it’s a chemical imbalance which can be brought about by horrific life events. It’s also genetic, coming down via my maternal family line. By mentioning it I’m aiming to both help others understand what bipolar depression is, how it differs from the up and down nature of bipolar I, and to help reassure my readers they’re by no means alone. I’m always flattered when someone reaches out, never annoyed.

Julian Barnes I am not but I have no trouble sharing with my audience that I hold the thought of suicide as an “out” (the ideation), should life become too much. A lot of creative people do. Is suicide an answer? No. My thinking is skewed and I understand that. It is treatable but the sword above my head will always be there. Not everyone knows this about me. Fact is, you never know what others are suffering, what chains they drag behind them, like Dickens’s Marley in the afterlife. I don’t think most people intentionally harm others but the marks left by unintentional hurt are just as dark.

I’ve  learned the hard way authors can be abrupt, feeling devastation upon being rebuffed. When a writer is off-putting, or downright rude (I’ve had little personal experience of this), it colors the way you look at his or her work. The knife twists in your belly, the stark realization the connection the writer made with a very deep part of you now rings false. What a lot of writers do not understand is their audiences are, speaking on behalf of lovers of deeply literary writing, generally highly sensitive people. The same is so of many writers. The more deeply sensitive you are, the more attracted to literature that plumbs the depths of humanity. And when you come across someone who gets that, who moves you in a way so visceral, it’s difficult not equating the writer with what touched you.

Julian Barnes, no animosity intended, does this make a bit more sense? I hope so. It sounds trite saying “let’s be kind,” but you can’t know what another human being has suffered, nor how you helped lighten a load. You can never go wrong taking the route of graciousness but certainly can by turning away. It takes so little, a few minutes only. A few minutes to show humanity doesn’t ask much. And the difference it makes could be more profound than you could dream.

To answer your question, this is why.