It's a loverly day here in Chicagoland: sunny and in the 70s. It would be ideal to get out and do something fun, like pulling weeds in the garden, but alas I must work from 1:00 – 5:00  this afternoon. On the way home I'll stop for groceries, then make dinner and switch loads of laundry, which pretty much shoots the day. May as well be a typhoon outside, as much good as it does me.

In Lisa's New Interest news, I've gone mad for an ethnic group called The Irish Travellers, or Tinkers. Sometimes they're called "gypsies," though from what I've read don't appear to be related to the Romanians – the more traditional origin of true, stereotypical "gypsies."  Rather, they're a group mostly settled in Ireland, as well as in several spots around the world, including the U.S.:

"Travellers in the United States are descendants of Travellers who left Ireland mostly during the Great Irish Famine of 1845-60. Travelers in the U.S. divide themselves up into groups that are based on historical residence: Ohio Travelers, Georgia Travelers, Texas Travelers, and Mississippi Travelers."

The group is very distinct keeping to themselves, marrying within their own group – which may explain the high number of deaths due to congenital problems. Their average life expectancy is 39, with very high infant mortality rates. Scotland has a group of Travellers, as well, and I don't really know yet how the groups differ, if at all. They're discriminated against, that I do know, wherever they settle.  I've only just started researching them so I've yet to confirm or deny details I've come across so far.

I learned about them via the program "My Big Fat Gypsy Wedding," something I'm forced to mention, but believe me, it doesn't make me proud to admit I watched such trashy TV! I was tired, you see… Not up for anything too intellectually stimulating, obviously. 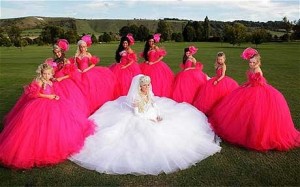 What disturbs me is the amount of ethnic prejudice levelled against the Travellers. Seems to me they're similar in many ways to groups such as the Amish, another distinct group that keeps itself segregated from mainstream society.  There's also another group in this country, called the "Melungeons," equally mysterious in origin and different genetically from the general population of Americans. Likewise, they've also settled largely in the South.

But anyway, this is my latest bit of interest. Wanted to pass it along as I find it all so fascinating. Perhaps I should have been a sociologist or an ethnic anthropologist of some kind. Then again, the next best thing to majoring in anything is being a librarian, now, isn't it. Because if there's one thing we have at our fingertips it's information.

Hope the weather's as lovely where you are as it is here.