Sampling of his work: 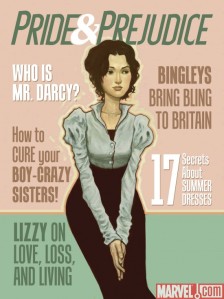 January 28, 2013 marked the 200th anniversary of the publication of Jane Austen’s Pride and Prejudice. Janeites the world over marked the occasion with whisper quiet clapping of lambskin-clad hands, gentlemen in beaver hats standing by to offer fine, imported linen handkerchiefs to wipe away the tears of the dear angels.

Oh, happy day! And how it would have shocked her had she foreseen her future fame.

I love Austen’s novels but am not technically a Janeite. I admire her snarky, pointedly feminist prose, and have read and admired all six of her novels, but I’m no obsessive, by any means. On the other side, critics who dismiss her as a writer of fluffy “women’s novels” miss the point by a hundred miles. Say she’s not your thing but don’t brush her off. The woman had some serious balls.

Austen bashed pretense and the institution of marriage. Predatory women – and profit-driven suitors – were flayed mercilessly. You could say the endings were conventional but I argue such was necessary, in order to satisfy a reading public eagerly anticipating orange blossoms, blushing brides and the promise of giddy happiness between hero and heroine. Perhaps many readers missed the snide undercurrents but deeper readers could chuckle behind their ostrich feather fans at how precisely Miss Austen hit the mark. Rather sophisticated writing on the part of a parson’s daughter.

Austen lead flawed characters through dramatic changes, challenging them to face personal demons. In Pride and Prejudice, Darcy and Lizzie clash violently at first. Only through admitting to their faults, making difficult and humbling changes, do they ultimately come to admit their love. Fluffy writing? Don’t think so. Sharp insight into the workings of the psyche, more like.

She was no stranger to the workings of the ego, narcissism and avarice, what largely drove the marital dance in her era. She also believed human beings have the potential for change, which requires some deeply committed and painful work. If she were alive today, Jane Austen may find employment as a therapist. A marital therapist, perhaps.

Time to read, or re-read, Pride and Prejudice? Did you re-read it in anticipation of last year’s anniversary?

Regardless, happy anniversary +1 to a canonical novel. And good for me in finding I can still use a post I started erroneously, confusing 2013 with 2014, in the same vein as the certain knowledge I will continue to write 2013 on my checks and documents through early February, 2014.

Women Writers and Other Influences in Jane Austen’s Time

There’s plenty more out there to keep you busy for a lifetime. 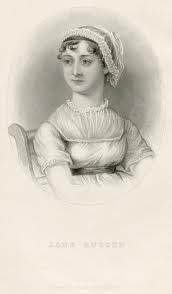 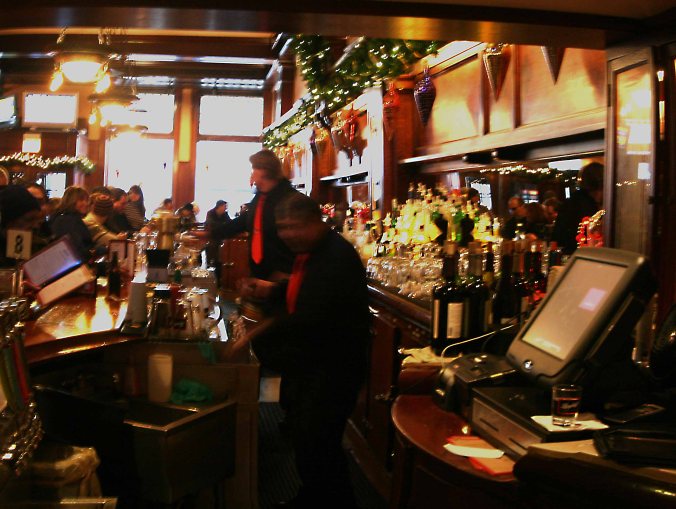 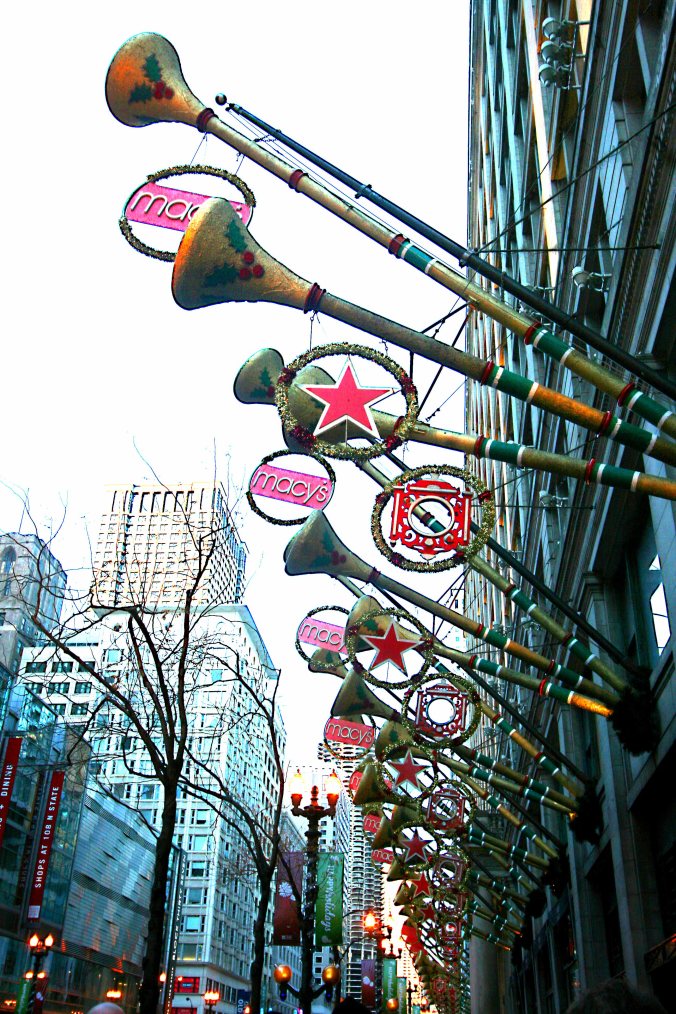 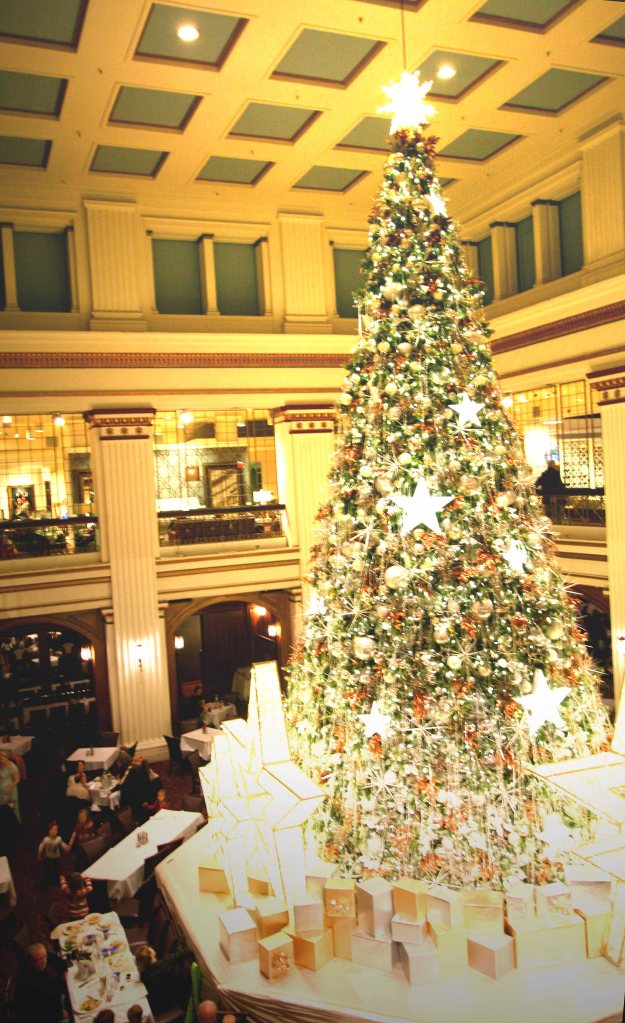 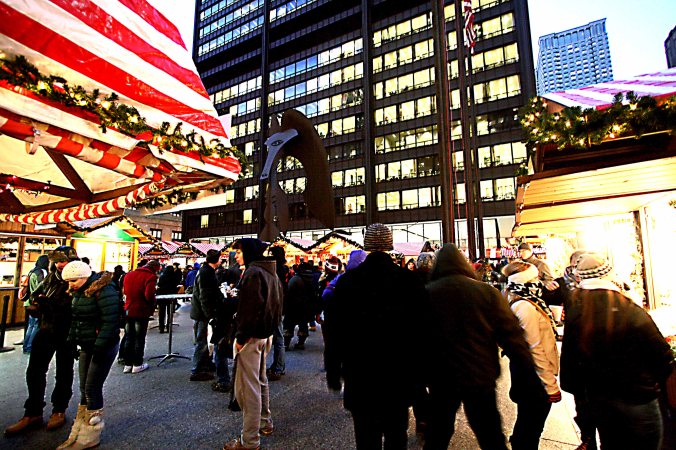 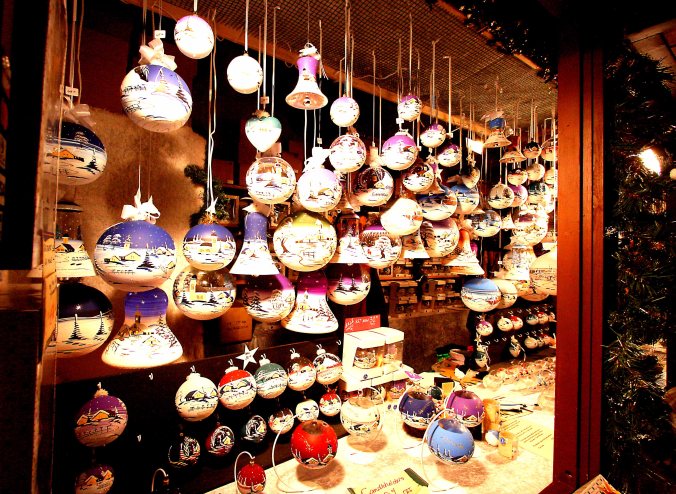 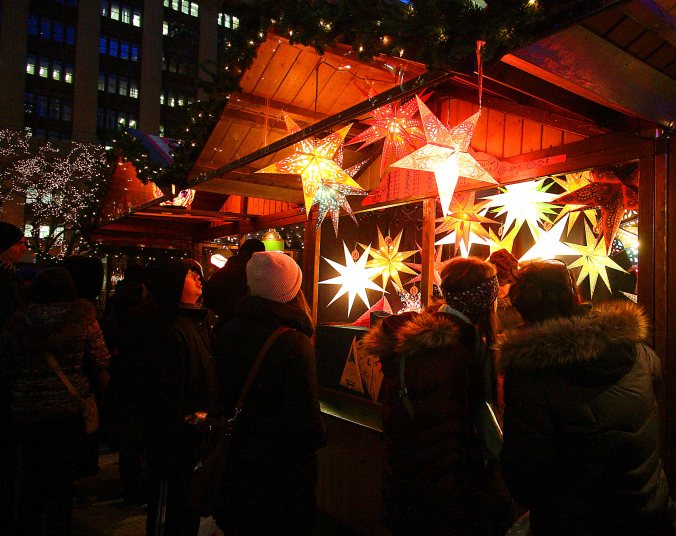 After months and months of good intentions, Bluestalking is still split between Typepad and WordPress, the bulk of it at Typepad. That certainly doesn’t help when it comes to assembling my yearly reading summary. Aggravating the situation, the power cord on my laptop – which I insist on using, since I can sit on the sofa with it – is broken, requiring that I stop typing every few minutes to wiggle the thing until the little “charging” indicator appears. All this so you know behind the scenes things are rough, despite how seamless and graceful it appears from your perspective. As far as I’ll admit, this is said without even the barest trace of irony.

The year being what it was, largely dispiriting with a touch of crushed dreams, the best I can do is list my top ten reads, in no particular order, adding only a few analytical observations:

The Traveling Sprinkler by Nicholson Baker (2013)

The Towers of Trebizond by Rose Macaulay (1956)

The Anthologist by Nicholson Baker (2009)

An Unnecessary Woman by Rabih Alameddine (2014)

Four books by women, all Brits. Two by the same author: Nicholson Baker, who also happens to be the only American on my list. One author is Japanese, one Swedish, the last Lebanese- American.

All have dark themes, a couple relieved by moments of equally dark humor. Two are set in the U.S. Half were review copies. None could be technically classified as classics, unheard of for me a decade or so ago.

If I had to pick just one as the jewel in the crown… I guess that would be the book I just finished, likely the last I’ll complete in 2013, An Unnecessary Woman.

Pre-pub reviews are spot on:

“Acclaimed author Alameddine (The Hakawati) here relates the internal struggles of a solitary, elderly woman with a passion for books…Aaliya’s life may seem like a burden or even “unnecessary” to others since she is divorced and childless, but her humor and passion for literature bring tremendous richness to her day-to-day life—and to the reader’s… Though set in the Middle East, this book is refreshingly free of today’s geopolitical hot-button issues. A delightful story for true bibliophiles, full of humanity and compassion.”—Library Journal

“An Unnecessary Woman dramatizes a wonderful mind at play. The mind belongs to the protagonist, and it is filled with intelligence, sharpness and strange memories and regrets. But, as in the work of Calvino and Borges, the mind is also that of the writer, the arch-creator. His tone is ironic and knowing; he is fascinated by the relationship between life and books. He is a great phrase-maker and a brilliant writer of sentences. And over all this fiercely original act of creation is the sky of Beirut throwing down a light which is both comic and tragic, alert to its own history and to its mythology, guarding over human frailty and the idea of the written word with love and wit and understanding and a rare sort of wisdom.”—Colm Toibin

“The extraordinary if “unnecessary” woman at the center of this magnificent novel built into my heart a sediment of life lived in reverse, through wisdom, epiphany, and regret. This woman—Aaliya is her name—for all her sly and unassuming modesty, is a stupendous center of consciousness. She understands time, and folly, and is wonderfully comic. She has read everything under the sun (as has her creator, Alameddine), and as a polyglot mind of an old world Beirut, she reminds us that storehouses of culture, of literature, of memory, are very fragile things indeed. They exist, shimmering, as chimeras, in the mind of Aaliya, who I am so happy to feel I now know. Her particularity, both tragic and lightly clever, might just stay with me forever.”—Rachel Kushner

2013 was a difficult year, the latest in a series of soul-crushers. On the personal front it was abysmal.

In reading I have little to complain about, aside from wishing I’d done more and gotten my blog settled. Quantity-wise it wasn’t great but the quality of each book was.

In 2014, I need to tighten up and streamline my life. I know better than to declare anything in sweeping statements but things must change: bit by bit, goal by goal.

Yo’, bitch, get tha crayons befo’ I bus’ your ass. 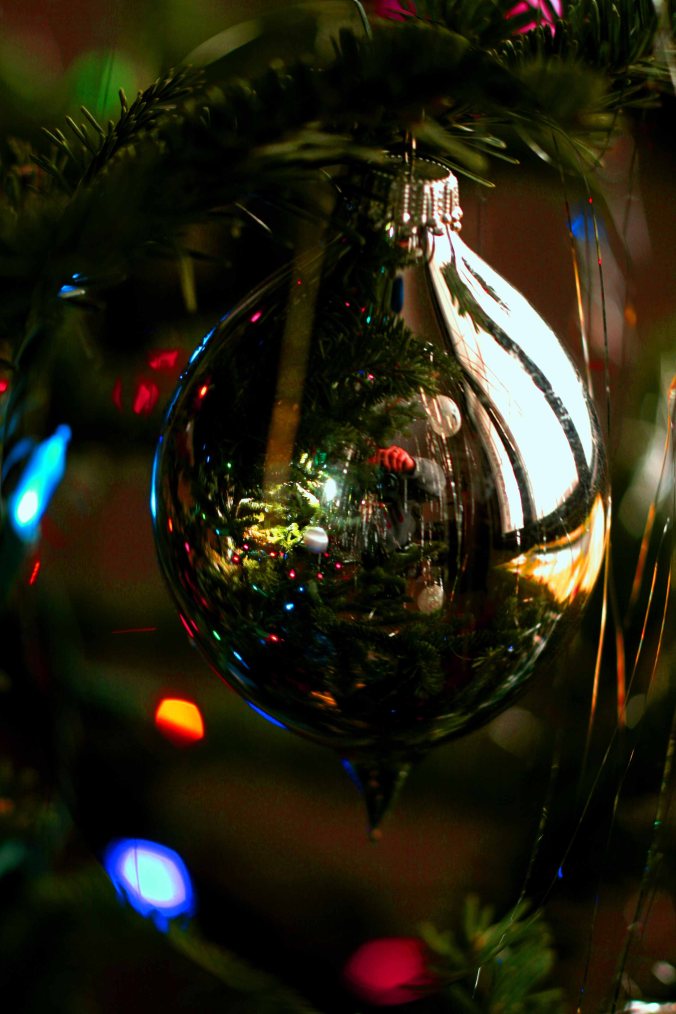 If you can overlook the fact my hand not only looks orange but also as if I have twelve fingers on one hand, it’s an okay photo.

Okay, the total number of books used in my book tree is:

Our two winners are:

Chris, I need an email! Do send at your earliest convenience. You can send it to my email, if you wish:  lisaguidarini@yahoo.com

Thanks so much to all who entered and have a wonderful holiday!

Pretty Much the Easiest Christmas Tree Craft You Can Make: 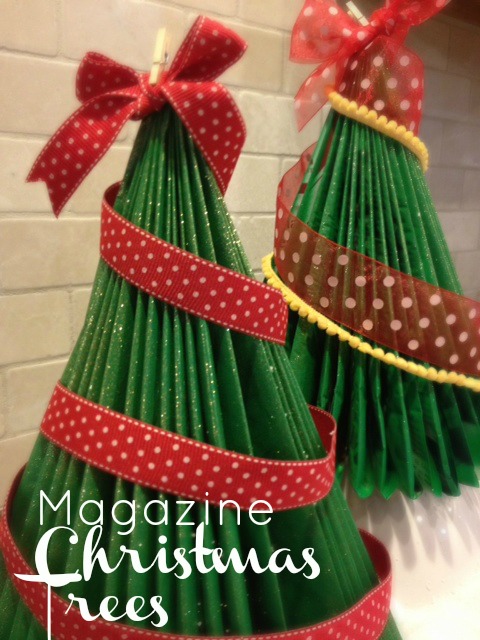 Return of Moleskine’s ‘The Hobbit’ Collection:

Author Kevin Barry Reads His Short Story “Across the Rooftops”

The Most Expensive Book Ever Sold:

Still time to buy me this for Christmas!!: 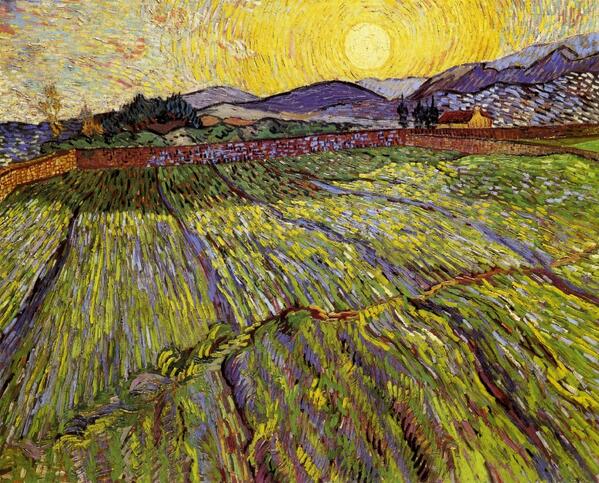 In case you get a Kindle for Christmas. And have money you won’t be spending on books to fill it (what’s wrong with you?)

Running out of mysteries to read?

Time magazine: most surprising photos of 2013.

Could be why I’m still unemployed? 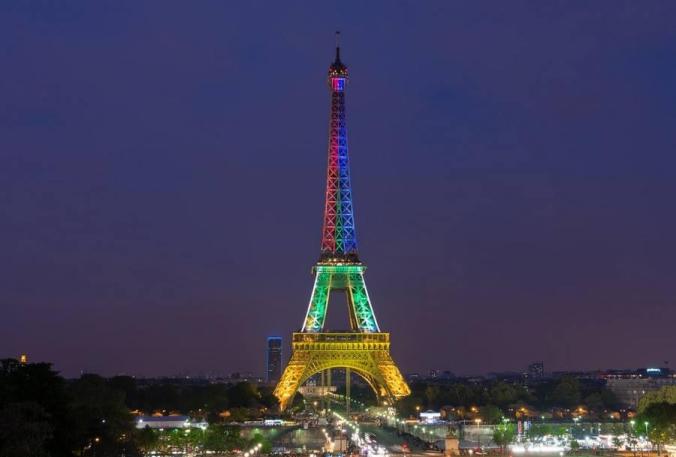 The Empire State Building does the same.

For my Inner Craft Ho.

Tattoo of “The book my dad was reading when he passed away”: 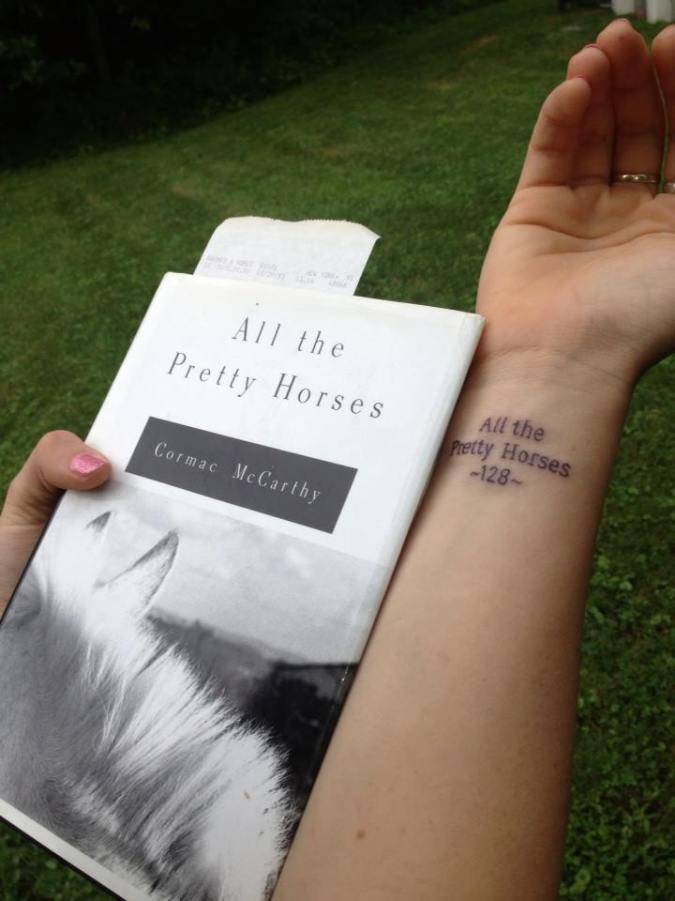 And, finally, a still from The Book Thief. Mostly because I have a crush on Geoffrey Rush.

Hopeless for the Brits, I am.