Starting out 2018 with fantastic reads, coming into my year of Muriel Spark with gusto. Having finished her first novel, The Comforters, I see great joy lies ahead – not that I doubted that one second.

Muriel Spark was brilliant. I don’t just say that because she was Scottish, native to my beloved Edinburgh. Doesn’t hurt her case; she was genuinely talented. Related to my reading of her books and associated books about her, she happens to have written a biography of Mary Shelley.

I lucked onto a copy of this at a library book sale.

Why is that significant? I’ll tell you! 2018 marks the 200th anniversary of the publication of Frankenstein, written by the very same Ms. Shelley. Throughout the course of the year I hope to re-read that classic gothic novel, my small participation in the festivity of all things Frankenstein happening throughout the world.

How handy Spark’s book falls under both umbrellas. Serendipity.

Born in the Bruntsfield area of Edinburgh, a mile south-west of the city center, the opening scene of the film adaptation of The Prime of Miss Jean Brodie was shot on the steps of her first home at Admiral Terrace. 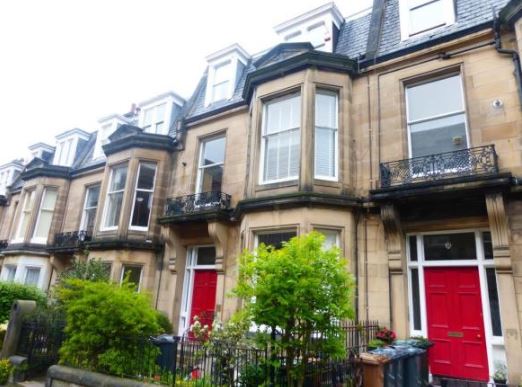 Admiral Terrace, Edinburgh – which house she lived in, I don’t know

Also in the Bruntsfield area is James Gillespie’s High School for Girls, which she attended and used as a model for the Marcia Blaine School in Jean Brodie.

Her poems appeared regularly in the school magazine

I recognize Bruntsfield. I couldn’t tell you specifics, but I know I’ve been there – at least passing through. If I enlarged the photos and squinted a bit I may be able to relate anecdotal knowledge. The Scot, who knows the city like the back of his hand, would know. Unfortunately, he no longer speaks to me.

Let’s not think about that. I’m not in the mood to have my mood ruined.

In any case, I don’t think I’m done with Edinburgh just yet. If I return, I’ll investigate this and other literary sites. All the places I’d eventually have known like the back of my own hand.

Kicking Off the Reads 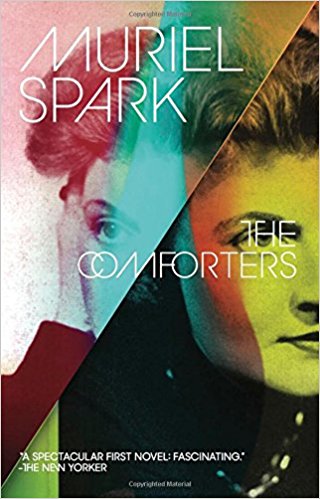 What an odd novel, The Comforters – meant in the very best way. The cast of characters is outrageously eccentric, putting it mildly, the plot points funny to the point of slapstick.

There’s a converted Catholic writer (Caroline Rose) who hears her thoughts spoken out loud, accompanied by the sound of a typewriter – an unseen writer composing the actual novel we’re reading, as we’re reading it, whom only Caroline can hear; a sweet, unassuming grandmother engaged in a diamond smuggling trade and her grandson Laurence Manders (formerly involved with Caroline, still obviously in love with her), who works for the BBC and is determined to find out what she’s up to; a practitioner and devotee of the dark arts, possibly two (one of whom is also a bookseller who declares it’s an interest, only); an irritating, universally disliked and paunchy middle-aged disappearing woman who’s either a devotee of the dark arts or a staunch Catholic, no less mysterious by the time of her death …

And on it goes.

The Comforters was the first of the 22 novels Muriel Spark would write over nearly 50 years, the first of what would become her recognisable but inimitable oeuvre of slim, intelligent, irreverent, aesthetically sophisticated, sometimes Hitchcockianly grim, always philosophically powerful works of fiction. Each of these – with a paradoxical lightness, and a sense of mixed resolution and unresolvedness that leaves its readers both satisfied and disturbed – would take to task its own contemporaneity and ask profound questions about art, life and belief.

The two main plot lines involve Caroline Rose’s attempt to write a book about novels, in the midst of her fervent conversion to Catholicism – effectively killing off her physical relationship with poor Laurence, now that she sees that as  the sin of fornication – as well as her battle for her sanity, and Laurence’s attempt to get to the bottom of his grandmother’s suspected diamond smuggling. Then the grandmother’s own story, of course, through which we’re told everything, before Laurence figures it out.

The inter-relationships between all the characters is tight. By the end, everyone’s related to or very tightly bound to everyone else. There are no characters extraneous to the plot.

The Comforters is a matter of fact novel, despite dealing with occasional supernatural elements. This makes it all the more humorous, presenting ridiculous situations in a dead-pan tone. Very British, as we’ve come to know their comedy.

Told in a linear narrative, not given to flights of fancy or high-flown language, it flows smoothly. Between ease of reading and its humorous and compelling plot, it’s a fast read. How does it compare to her best-known The Prime of Miss Jean Brodie? It’s not as sophisticated, unsurprisingly, much more light-hearted. It doesn’t delve as deeply into psychological aspects, though you can see hints of the mature writer Spark will become.

The Comforters is a delight, a brilliant kick-off to my Year of Reading Muriel Spark. I’m going straight into her second book, Robinson (1958), having set myself up nicely ordering her first three novels.

Other books published in 1957:

Ivy Compton-Burnett – A Father and His Fate

Jack Kerouac – On the Road

Nevil Shute – On the Beach

Dr. Seuss – The Cat in the Hat and How the Grinch Stole Christmas

Other Literary Events in 1957

I’ve also downloaded the Kindle edition of the Martin Stannard biography of Spark. Rubbing my hands in glee at the thought of curling up with that, something I’m able to do sans guilt as I’m laid up, nursing my fractured rib and accompanying soft tissue injury – worse than the fracture itself, actually.

I have a three-day weekend, thanks to working for a company headquartered in Birmingham, Alabama, home to Dr. Martin Luther King. As Monday’s his birthday, we have the day off. You can guess where I’ll be and what I’ll be doing.

I’m off to do just that.

7 thoughts on “The Comforters by Muriel Spark”