This topic keeps recurring for me. It’s a current focus of my life, a daily practice, as I continue the nesting process. It’s also an about-face, a total change from the old me.

Post-Scotland, I am not the person I was. I can’t immediately think of one way this isn’t a positive.

For years I’ve been spouting off about how I’d like to embrace minimalism. Paging through decorating ideas on Pinterest, it doesn’t take long to notice none of the slick interiors there looked the slightest bit like mine: books piled everywhere, papers on every surface, miscellaneous items sitting out on counters.

The elegance of minimalism. 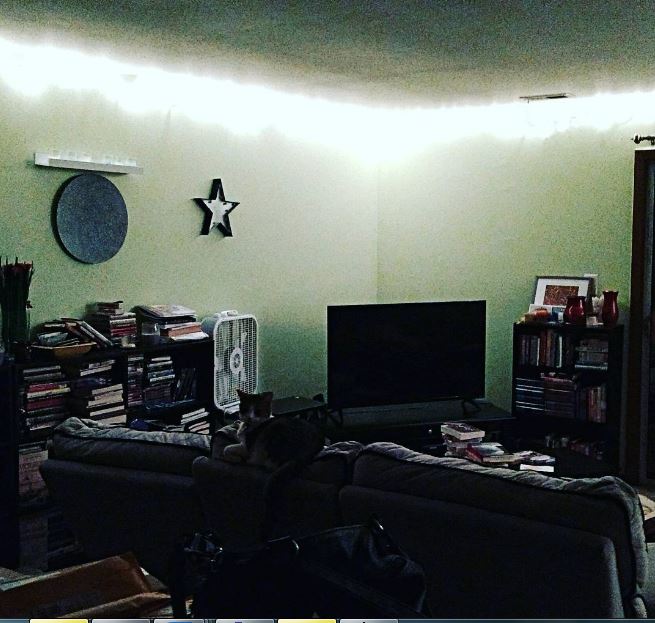 It’s just plain stressful – not to mention expensive – owning so many things. There are items I not only haven’t touched in years, but can be reasonably certain I’ll never use again. And while I do hold books to a different standard, I still think there’s a limit extending even to that.

Selling or donating books you’ve read doesn’t qualify as heresy. Neither does recycling or giving away review books I’m done with, though I can’t imagine anyone wanting possession of a book I’ve scribbled all over. Then, books that are duplicates, of which I had an embarrassing number, including two copies of How the Scots Invented the Modern World.

Laziness and inattention: the twin scourges. 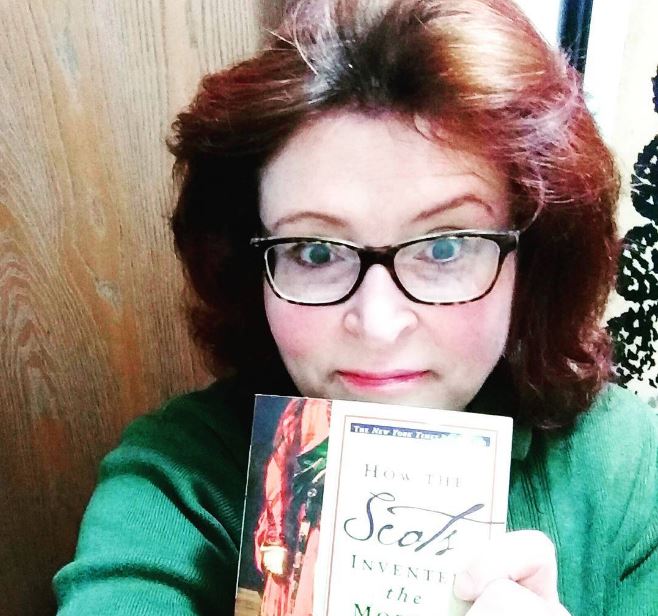 Admittedly, there are books I wish I hadn’t gotten rid of, losses that cause me pain. I’ve made trips back to Half Price Books trying to find those, with limited success. My Virginia Woolf diaries and essays are perhaps most painful, as well as a large collection of literary biographies. Several of these I will replace: bios of Virginia Woolf, Charles Dickens, Thomas Hardy, etc. Others I’ll check out of the library as the urge strikes. 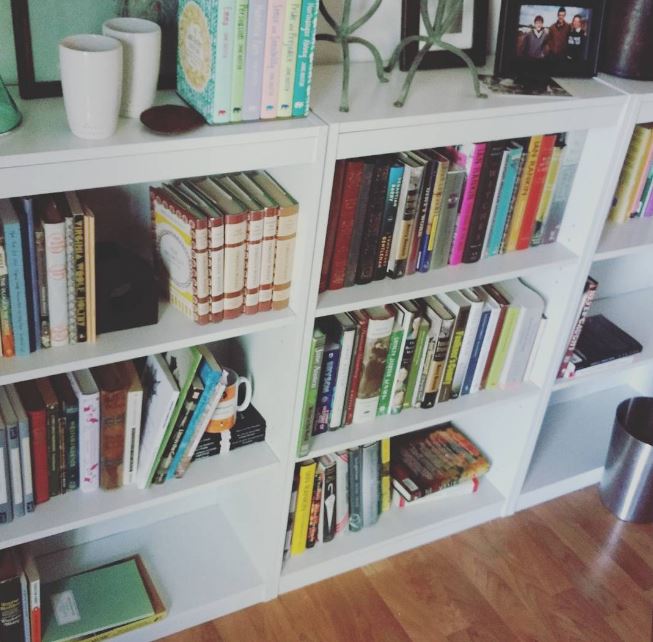 Books left boxed in the ex’s basement, the bulk of my “new” library.

I am replenishing my library, selectively. I bought back bios of the Brontes and Edith Wharton, Faulkner and Shirley Jackson. I’m picking up some of the best books of 2017, books I missed while away in the UK. The few dozen books I kept, left stored in my ex’s basement, are the best of the best, gems of my former collection. They include signed and inscribed copies, rare editions and out of print books, mostly.

What you value but can’t easily replace isn’t excessive. 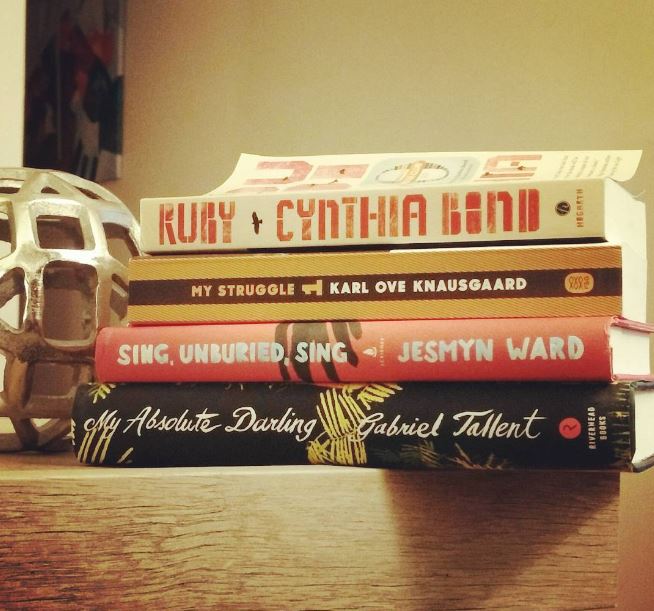 I’m a librarian and supporter of the public library’s mission. when I worked in a library it was easy grabbing books off the shelves, bringing them home by the wheelbarrow-full. Exempt from fines, I admit I abused the privilege.

That I buy rather than make use of the library’s collection is a bit hypocritical, not to mention damaging to their mission. I made a trip to my local library over the past week, and got myself a new library card. The best of autumn books lists are running rampant, and I cannot and will not purchase all the books that tempt me.

A library is not a luxury but one of the necessities of life.

Here I sit in my new townhouse. Purposely furnishing it with lots of storage space, trunks and shelving and baskets largely bought at resale shops that tuck away into furniture. It surprises me I no longer own enough things to fill all the room I have. Some of the new stuff I bought even makes me feel nervous and jumpy. There’s already too much of it.

My new practice is to make a point of keeping track of everything coming in and out. Yes, I have space – much more in a two-story home – but this doesn’t necessarily mean I need to fill it. I hate junk drawers, hate rummaging through bits and bobs I paid money for, but turned out to be so useless or excessive I need a drawer devoted to them.

No one should have so many unneeded items in their possession. It’s unhealthy. I’m making a point of returning what I don’t need. Yes, it’s a pain in the ass, but all the little things add up – both money and space-wise. 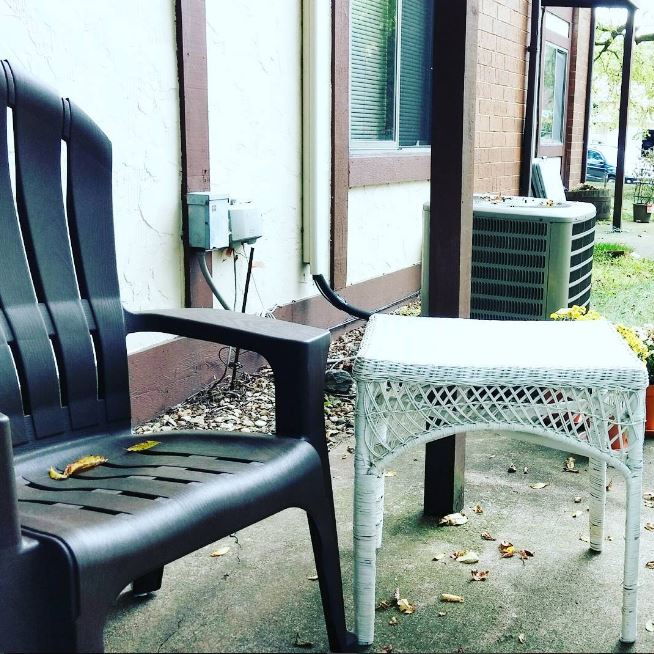 Thrift store buying is another way of recycling – wicker table, $ 1

My experience having less, when I chucked most of my things preparing for the move abroad, proved enlightening. I felt less pressure, less frenzy and stress trying to find things amongst fewer possessions. I also prized the things I had more.

I like seeing empty space, and the tops of furniture. I’m not a total convert. There’s crap sitting around me as I type.

The biggest difference: I’m more conscious of what I spend, and what I’m spending it on. Fresh from several months in a country that recycles and consumes so much less, where people generally have less disposable income to squander, I’m much more conscious about using superfluous resources, excess and the differences between “want” and “need.”

I don’t mean to preach, but I hope some of this resonates. This concerns mental health, happiness and consumption, all in one go. There’s no downside to owning just what you need, plus enough excess to feel a bit extravagant. No harm in that, if you can afford it. 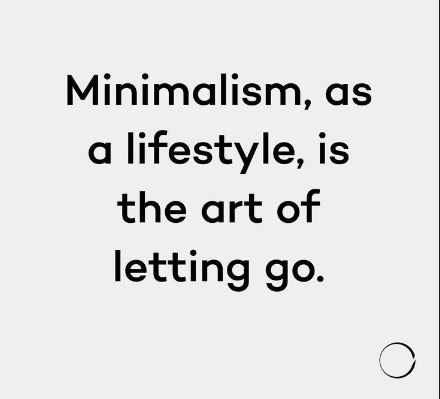 Dealing with less also grants more time to spend doing things that matter, less time shifting unneeded objects around, less hair-pulling and frustration. You cannot put a price on your time; it’s the one thing you cannot get back.

I learned a lot of important lessons this year, important ones I’d like to pass along.

Sharing wisdom is one of the points of life. What I’m changing is making me a happier, more productive person. I believe this is universal enough, important enough, to pass along.

I can vouch for the tastiness of the vegetarian Beyond Burger. It has the texture of beef and the flavor is excellent. I had it with an avocado crema, mushrooms, Italian herbs, and cheddar cheese. Also side salad and watermelon.