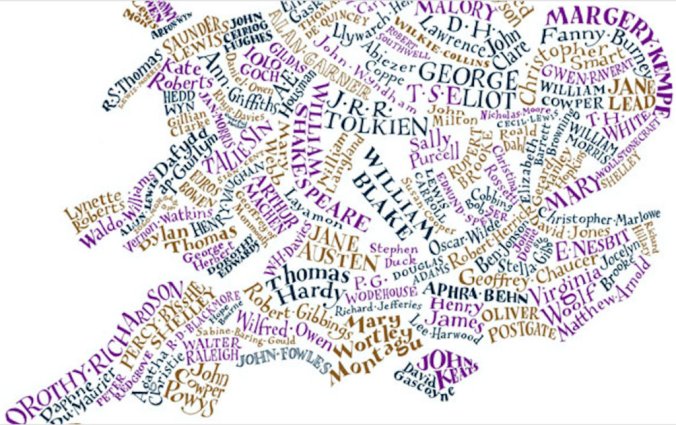 Hat tip to nonfiction scribblers assiduously churning out new literary biographies and criticism about these iconic female authors each and every year. Convinced surely there could be no new angle, I’m always pleasantly surprised when out pops a new one. Wherever this New Idea Generator is located, long may it churn.

Common sense dictates at some future point original topics will be exhausted, until and unless something radically new is found in someone’s trunk or attic. Surely there’s a saturation point? But who am I to say. Keep ’em coming as long as possible. With the 200 year anniversary of Charlotte Brontë’s birth last year, and 200th of not just Austen’s death but also the publication of her novels Persuasion and Northanger Abbey this year, it’s a veritable bumper crop of delicious nonfiction titles. All the better.

I’ve long dreamed of the existence of an undiscovered Austen manuscript. Ditto the Brontës. Pry up those floorboards in the Haworth parsonage! There just may be something squirreled away.

New titles stretch out as far as early 2018, I’ve found via a few searches on Amazon. No doubt more are lurking past that. Certainly enough new stuff to keep devotees busy for quite some time.

I bought this one a couple of weeks ago. I’m currently reading and enjoying it very much:

Austen, Brontë and Woolf, oh my!

And here are some of the others I’ve found whilst rooting around:

General works on female writers of the period

An explosion of Austen!

Jane Austen at Home: A Biography
by Lucy Worsley
Hodder & Stoughton
18 May 2017

This is the point at which I make you particularly envious: at the end of this month my favorite Scottish host and I will be taking a journey south of the border to England, where we’ll visit various sites related to these three beloved writers. Five, actually, if you count the other two Brontë sisters Anne and Emily. Mea culpa.

When I have the full list of places we plan to visit (the Scot has that, but he’s in the other room and I cannot be bothered) I’ll post that here. Once I’ve returned, of course I’ll have photos along with excessive, likely rather purple verbiage to share.

Between now and then, I plan to finish as many of the review titles as possible. At the very least, I need to brush up on basic biographical facts about each of the ladies. I posted a few times about the Brontës last year: here, here, here and here. For Woolf, I posted most recently about her shorter fiction. Here’s a post about Woolf and the Brontës, a double-header. As for Austen, aside from some very insubstantial posts, I read Rachel Brownstein’s Why Read Jane Austen? back in 2012, enjoying it immensely.

I’m looking forward to hanging out with these literary ladies this summer, back to Victorian and early 20th century writing. It’s been too long.

I fixed the issue of having a first floor apartment and being unable to get light in without being on display to the world.