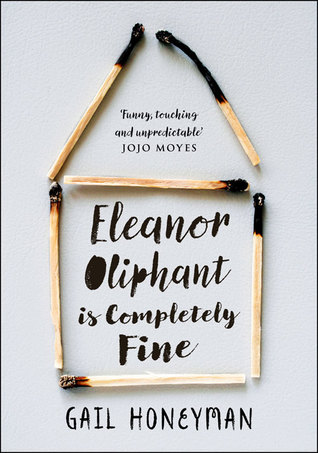 The quality of popular books is too unreliable, too apt to be swayed by the mass market. And when I read a book’s so popular it’s being fought over by multiple Very Big Publishers, growling and snapping, clawing and spitting, it can only mean one thing: there is Very Big Money to be made. 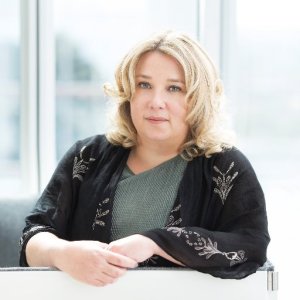 It’s so obvious I shouldn’t have to repeat it, but literary fiction does not earn a writer Very Big Money. It’s a niche market, not material you’re likely to find in airport bookshops, nor in checkout lines. There’s a lot of money to be had selling retail in big box stores, a distinct correlation between mass market appeal and impulse buying in the checkout line. While picking up snacks, drinks and sunscreen for the beach, which novel is the average person more likely to pick up: the latest Dan Brown or something by Salman Rushdie?

So what made me pick up Gail Honeyman’s novel? What hooked me was the dust jacket blurb, the description on the flap. I can still be swayed by blurbs. Getting burned six or seven times out of ten should have taught me not to touch that stove, but every now and then I think maybe the result will be different (SEE: insanity, definition of).

She wears the same clothes to work every day, eats the same meal deal for lunch every day and buys the same two bottles of vodka to drink every weekend.

Eleanor Oliphant is happy. Nothing is missing from her carefully timetabled life. Except, sometimes, everything.

It’s so understated, not what you’ll find on the flaps of most IT books. If the verbiage had been over-the-top nonsense, I wouldn’t have bothered. If the greater percentage of the blurb is slobbery praise, and not enticements taken from the actual plot and/or characterization, BEWARE.

What’s grabby about Eleanor Oliphant is its characterization of a socially awkward, obsessive-compulsive character who acts too old, cranky and set in her ways for her age. The way she speaks is overly formal, the way she acts judgemental and, at times, shockingly inappropriate.

Flawed characters are most interesting of all.

Her background is as dark as it gets. Growing up in the foster care system due to her mother having committed a horrific crime that’s made it impossible for her to care for her daughter, she’s had to grow up alone and quickly. In contact with her mother by phone once a week for fifteen minutes at a time, she endures alternating cloying, false concern and verbal abuse.

Eleanor Oliphant has never known authentic love. As an adult, her first major romantic relationship was with a man who physically and emotionally abused her. And now, as we meet her, she’s fallen into an infatuation with a singer she’s never met, based solely on seeing him perform. Fate, she believes, will bring them together in a way she can’t anticipate.

As the plot deepens, we come to understand Eleanor Oliphant is not completely fine. She maintains the appearance of calm and order, performs her job expertly and never takes a sick day, but Eleanor Oliphant does not have the first clue how to interact in the world.

It’s unsurprising she doesn’t. Her childhood was brutal, her young adult life no better. She’s been beaten and scarred, literally and figuratively. Terrified of fire, it’s not until much later in the book the reader finds out why. By that point, Eleanor is a woman on the brink, stretched so tightly it’s inevitable she’ll either break or be forced to turn her life around.

Up to the three-quarters point I was gripped. I love characters in turmoil, and tensely thrumming plots. It’s the tension that keeps the reader turning pages. Eleanor’s implosion had been crafted perfectly. We find out she’s been a completely unreliable narrator as her life falls around her, learn her secrets, and expect disaster. It should have been a disaster, or at the least a stumbling path to recovery.

Instead, Honeyman takes an improbable turn, an abrupt about-face ringing so false it nearly spoiled the entire book. I’ll stop short of saying it ruined the story, but it’s as if she wrote two different books, then smashed them together – the second markedly inferior to the first. It’s jarringly incongruous.

I’m disappointed, yet the craft and skill of most of the book warrant a recommendation – with reservations.