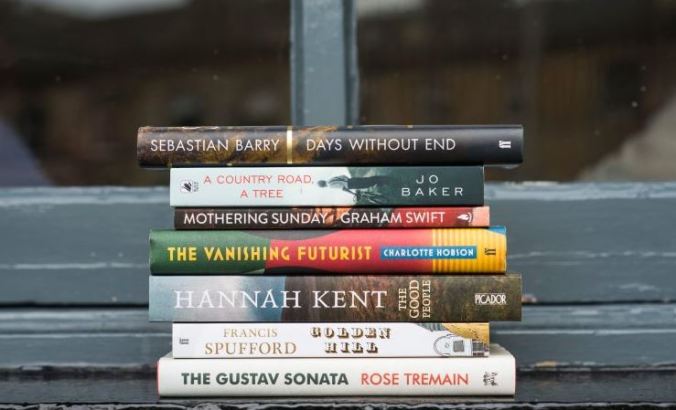 As time draws to a close before the prize winner is announced tomorrow in Melrose, Scotland, it’s time to opine on the last two novels from the shortlist which I’d planned to read and talk about. Namely: A Country Road, A Tree by Jo Baker and Francis Spufford’s Golden Hill. 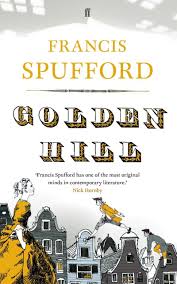 Baker’s A Country Road, A Tree is set in the WW II era. Baker takes her story to occupied France, where she fictionalizes Irish ex-pat writer Samuel Beckett’s war years. Its depiction of the misery and deprivation of war is sharp and focused, its immediacy palpable. The prose is absolutely stellar, evoking the senses so the reader can smell the fear, imagining the hunger of innocents forced to live on scarce, rationed food.

Beckett expresses his weariness with his native Ireland, his complete rejection of the country. He cannot live there, cannot work there, would return if the lives of himself and his girlfriend Suzanne depended on it, but only as a last resort.

He despises the place.

Leaving off work on a translation, Beckett risks his life in order to help crack the German’s code, until one by one the other people involved in the project begin disappearing, captured and tortured by the Gestapo. Out of necessity, he flees Paris with his girlfriend just previous to the German occupation, the misery and hardship he endures brilliantly described by Baker.

A Country Road features other authors, as well, including James and Nora Joyce. For the reader, it’s a virtual literary feast.

I had less time to work on Golden Hill, Francis Spufford’s tale of the 18th century. To my deep disappointment, I’ve quite literally run out of time. From what I have read, Spufford’s done a brilliant job writing in a modern take on 18th century prose. Several years ago I was deeply enamored of the literature of that period, reading loads by Samuel Richardson and Samuel Johnson, Boswell’s bio of Johnson and London Journals, as well as several lesser-known novels by female writers of the age. Golden Hill takes the spirit of that century, mimicking the style but with a modern enough take the contemporary reader should find it less challenging to read smoothly than genuine 18th century literature.

Oh, how I wish I’d had the luxury of time to fit it in. It has a sneaky wit to it, a more quiet voice that needs to be teased out. It takes a bit longer getting into the story, but it’s one of those that once you catch up, you’re off and running.

Unfortunately, I didn’t have a chance to run along with it.

So, there it is. My read of the shortlisted Walter Scott Prize 2017 novels, complete as far as I’m able to take them before tomorrow’s ceremony. I’ve been yammering on and on about Barry’s assured win, and despite a couple brilliant efforts by Baker and Swift, I still haven’t changed my mind.

If I had to choose a second runner up, I’d need to stay with Graham Swift’s Mothering Sunday, though I’m teetering on the brink since reading Jo Baker. She writes beautifully fluid prose, though no one can touch Sebastian Barry, let’s be honest. He is far and away the best of the best Irish novelists. Still, she does a lovely job, and I give her full credit.

I’ve so enjoyed reading these novels, my first foray into the Walter Scott shortlist. Stumbling onto the Borders Book Festival headliners, when I saw Barry’s name among the finalists I made a quick decision to give it a shot. I’m thrilled to be attending the actual awarding of the prize, and looking forward to seeing the nominated writers discuss the genre at a literary roundtable.

Good luck to all the writers, though I’ll be miffed if Barry doesn’t come away with the win. And maybe I’ll have time to get back to Francis Spufford. You never know. If he wins, or his part on the panel entices me, I’ll either find myself determined to see what all the fuss was about or so annoyed I immediately sell or donate the book. I can never predict my behavior.

I’ll report back after the awards, give a summary, post photos and maybe a bit of video. Meantime, go ye forth and read Days Without End, which will surely have a new sticker on the cover come Sunday.

Because it deserves it.