The very thought my soul inspires,

And kindles bright her latent fires;

And spreads her wing, And aims to join th’ angelic choirs,

May rosy Health with speed return,

And all your wonted ardour burn,

And sickness buried in his urn,

So, countless friends who loudly mourn,

Shall dry their tears!

Reading further in Lynne Reid Banks’s book on the Brontës, I’m finding a certain fascination with their father, Patrick. Such a solitary man, a shadowy figure. What’s known about him is just enough to intrigue. I suppose everyone’s curious about what’s unknown in history. It’s human nature.

The Brontë family literary tradition begins before the girls and brother Branwell. Patrick was himself a poet, though not celebrated as such. Their mother likewise produced at least one known work outside her remaining letters:  “The Advantages of Poverty In Religious Concerns.”

Now there’s a title that fails to intrigue. 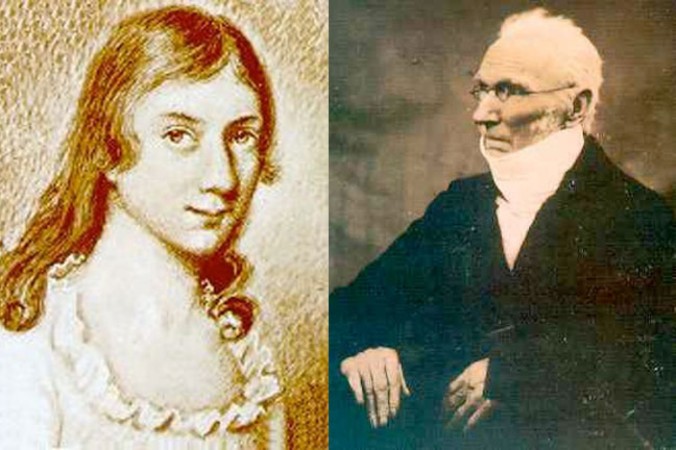 Patrick Brunty was born in Emdale (on the outskirts of Annaclone), Drumballyroney, County Down, Ireland on St. Patrick’s day in 1777, to a family of farmers. The remains of the family cottage still stand:

And it’s here that Patrick’s own mother, Alice McClory was born:

One of ten children, Juliet Barker theorizes in her biography The Brontës that his family must have been well-enough off if Patrick hadn’t been required to take on his father’s occupation, instead being allowed to become a teacher at Drumballyroney, where he lived, preached and taught.

That does seem a reasonable theory, though it’s also true he was something of a scholar and a religious man. Perhaps he simply wasn’t well-suited to the farming life, and his parents were benevolent enough to realize it. Or, maybe he was more like his son Branwell, headstrong and too stubborn to make it worth it to expend the energy to force him into what he wasn’t willing to do.

Doesn’t seem all that great a leap, considering the fiery nature of the Irish – not to mention this particular family.

However it came about, Patrick established his own school when he was only 16, going on to become tutor to the children of a man who would one day become his mentor and patron, Mr. Thomas Tighe.  Himself a Cambridge man, Tighe would later pay Patrick’s way through university.

Patrick’s parents were buried in the cemetery here, in the family plot:

I’m left wondering why Patrick never returned to Ireland, as no records to the contrary have been found. Was his native country too rustic, too rural and uninteresting? Realizing it wasn’t uncommon for immigrants to leave their home country never to return, I still feel a bit of sadness he left friends and family behind without a backward glance.

And I’ve been to Ireland and seen it. How could a native never go back?

Juliet Barker goes on to write about Brontë’s struggles at Cambridge, how his Irish accent was a stumbling block and made him a curiosity. Letters from some of his contemporaries have been found to contain references to the Irishman who’d come to study, about his challenges, which I can’t help but find strange. Was there so little going on in Cambridge this was all they found to write home about, or was Patrick Brontë that much a local celebrity?

In any event, the father of Maria, Elizabeth, Charlotte, Emily, Anne and Branwell lived within County Down, Ireland from his birth in 1777 until 1802, when he headed off to Cambridge. In modern-day Ireland, the region from which the family sprung has been given the name The Brontë Homeland, between Rathfriland and Banbridge, a town on the main road between Belfast and Dublin. 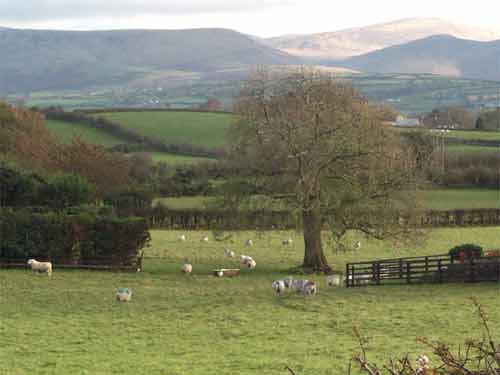 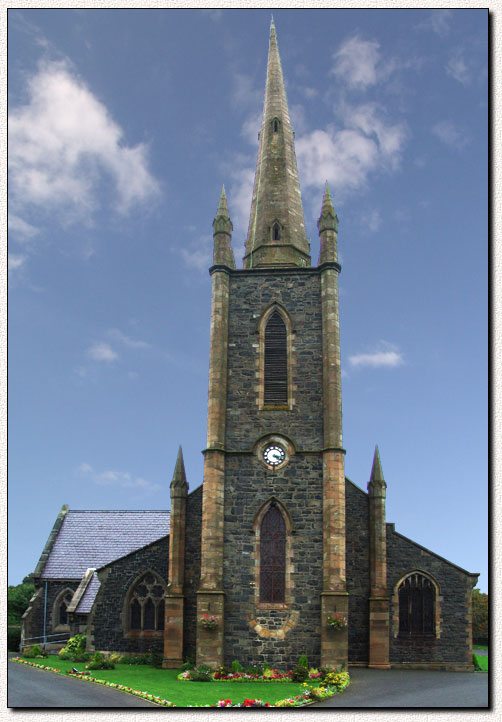 Not that the moors of Yorkshire are a slouch. But still. It was Ireland that formed him. Its beauty and tradition of storytelling and song made their mark.

What did he remember of Ireland? Perhaps that’s spelled out in reading I have yet to do. Though, from what I’ve read about his break from his past, I’ll probably be disappointed in that wish.

One tantalizing tidbit, another native of County Down, at Annaclone, was a certain Catherine O’Hare, as cited by Wikipedia:

“the first European woman to cross the Canadian Rockies was born around 1835 in the townland of Ballybrick, Annaclone.”

Her Wikipedia link leads to a page stating there is no page at all, though, if you follow the trail starting from Rathfriland, you at least get this:

And, once again, I’m like a terrier bolting off the trail in search of another rabbit, forgetting the original theme of this post.  Still, one more thing I must share. If you add her married surname, Schubert, to Google searches, you will find her portrait.

And, if you’re inclined to find out more, there’s this at Amazon, the details of which I know absolutely nothing but there it is.

There’s no end to what’s to be known in this world. And I wouldn’t have it any other way.

One thought on “Patrick Bronte’s Ireland: The roots of a family”