I’d never heard of Shirley Barrett before her Baileys nomination. Lo and behold, she’s an award winning director and screenwriter, recipient of several Australian film awards as well as a Camera D’Or from the Cannes Film Festival for her Love Serenade. (1996). Born in Melbourne, Australia in 1961, Barrett now makes her home in Sydney.

Rush Oh! is her first novel. And she’s pretty much hit it out of the park on her first attempt, wouldn’t you say?

Rush Oh! takes the form of a memoir written by Mary Davidson, the daughter of the real-life whaler George “Fearless” Davidson. His fictionalised daughter Mary, now in her 60s, looks back on the “brutal days” of the most difficult season in whaling history. Its hardships led not only to the degeneration of her father’s beloved business but also of the family unit. Mixing historical detail with humour and an engaging romantic subplot of what might have been, Barrett has written an unusual and entertaining yarn centred around Melville’s great leviathan.”

Finding lovely new writers is one of the real joys of book award lists. While not all lists are created equally, with a bit of judicious nosing about one can find some very promising reads by following media buzz.

I’m very light on Australian literature. I’ve read Kate Grenville,  Nevil Shute, Peter Carey, Christina Stead and James Coetzee, to name a few, but the country has such a rich literary tradition and I’ve barely scratched the surface. In Rush Oh! Barrett tackles Melville, My curiousity to read how that turns out is best described as burning. And from the reviews, it sounds like it’s one rip-roaring read. 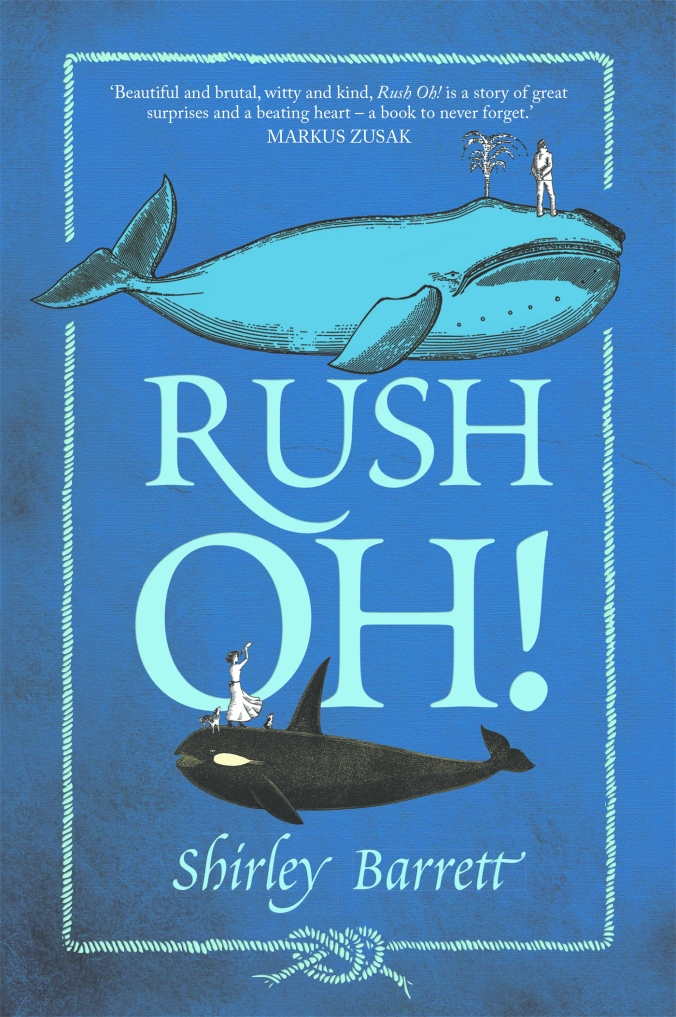 Amazon.com:
An impassioned, charming, and hilarious debut novel about a young woman’s coming-of-age, during one of the harshest whaling seasons in the history of New South Wales.
1908: It’s the year that proves to be life-changing for our teenage narrator, Mary Davidson, tasked with providing support to her father’s boisterous whaling crews while caring for five brothers and sisters in the wake of their mother’s death. But when the handsome John Beck-a former Methodist preacher turned novice whaler with a mysterious past-arrives at the Davidson’s door pleading to join her father’s crews, suddenly Mary’s world is upended.”