Anne Tyler fan? You may want to look away. 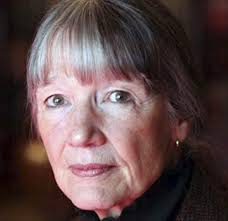 Just as an FYI, my beef is as much with the Man Booker judges as with Anne Tyler the writer. Sure, I dislike her books. Quiet tales about domestic American life have been done far, far better than in her own novels. And sure, she’s a sweet lady who’s managed to make a crap ton of money while thumbing her nose at  the “authors must promote themselves” modern truth. She barely missed that train. By the time publishing companies began their slide into despair, she was already a Very Big Name in women’s fiction. She had no need for exhausting signings, granting interviews and answering the same questions over and over. She was grandfathered in, so to speak.

And I say women’s fiction because I cannot imagine many men would find her books of interest. There are no murders, no car chases, no sports (that I know of) and nothing which would require full-frontal nudity in a film adaptation.  No testosterone, basically.

There’s a difference between these mid-range books written for a female audience and those written for males. No cries of sexism! It’s considered sexist to speak what’s obvious truth, a ridiculously politically correct notion. Is there some cross-over? Sure! Is it the norm? No! There is male writing and female writing, neither is better or worse than the other but the differences are mostly clear. But that’s a topic for another day; I can’t argue that now.

My podcast about Tyler’s A Spool of Blue Thread was ad hoc, unrehearsed and frankly made  me come off like a crazy cat lady cornered in an alley. To Anne Tyler, it was unfair. I dismissed her with one brushing motion, letting my anger over the unfairness she made the Man Booker shortlist while Marilynne Robinson did not (though she’s a far, far superior artist, have I mentioned that?) get the better of my judgment. It’s not on her that she was chosen, not her decision to bump Robinson from the Shortlist. 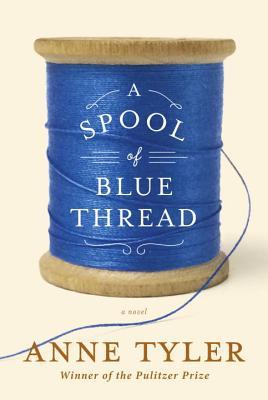 I self-censored myself, for better or worse. Perhaps I’ll come at it again, with a cooler head. Or maybe this post is enough. But I refuse to go back on my assertion Tyler’s works are not prize-quality writing. They are geared toward an audience eager to read fuzzy, warm and reassuring stories about generations of families, all their ups and downs and dramas. While it’s true every life tells a remarkable story, not every story is worthy of turning into a novel.

I find Anne Tyler mind-numbingly dull. She’s the sort of writer who tells every single action her characters make, whether it advances the plot or not – usually not. Here’s an example of my life, written by Anne Tyler:

She woke at 8:30 in the morning, sunlight streaming through her cheap, brown Walmart curtains bought because their color was neutral and, besides, she was getting divorced after 25 years and had no energy to think much beyond the fact she needed to find her own place to live. The curtains were those ring-top ones, or whatever you call them. The texture was nubby. Overall, the effect was somewhat masculine but dreadfully dull. However, the curtains were room-darkening, allowing her to sleep almost endlessly, should she so desire. Though, sleeping almost endlessly is not good for those with depressive personalities, which she had.

Reaching for her phone, a Samsung Galaxy 6 – way too expensive and not worth the money, leading her to question why on earth she did such a stupid thing – her arm brushed the white, Egyptian-cotton sheets she’d purchased from Amazon, back when she realized she would need them, along with the cheap, brown curtains previously mentioned. Kicking aside the down comforter from Ikea, covered with a miniature rose print by a duvet cover, also from Ikea, she turned on her phone, saw what time it was, rolled back over the white sheets and went back to sleep..

Sadly, I included nowhere near the detail Anne Tyler would have. I neglected to mention how my hair looked, what I was wearing, the fact I sleep with roughly three books, a notebook and two pens every night so I can reach for them directly every morning – or at night, if I’m fighting insomnia. I could have included so much more, as she would have.

I am angry, impotently angry, not a damn thing I can do about it but rant and rave. Makes no difference as far as the Man Bookers but it does help me feel better, by a small measure. Life isn’t fair and literary prizes are political. Shock horror. But then, if no one points a finger it all slides without notice, a much worse eventuality. Anyone who cares about literary fiction should fight for what’s right, not ignore injustices such as these. When it is so blatant, so brazen how could a serious reader not notice?

At this point, I need to do one of two, things: 1). Forget Anne Tyler, ignore her completely, swallow my indignation and move on, or 2). Read more of her work, in a vain attempt to ascertain what about her is so noteworthy.

She’s driving me mad. When a thing drives you mad it means you care enough to allow it to bother you. It has power, growing into a towering force that pokes you in the night, annoys and irritates. I can’t let the topic of Anne Tyler and the inordinate amount of praise she receives bother me anymore. It’s unhealthy, not to mention a waste of time.

To read or completely obliterate from notice. That is the question. I’ll sleep on it, along with my three books, notebook and pens. On my Egyptian cotton sheets.

5 thoughts on “why i’ve made a podcast i won’t post: an anne tyler man booker screed”

Such a beautiful adaptation!