Novelist, essayist, Booker Prize winner and all around genius writer Julian Barnes published this tiny essay for charity. I found out about it and was able to buy a copy from ‘cross the pond.

It’s about what a little book weevil Barnes is, how he’s been collecting since he was a very young man and all his trials and tribulations thereof and forthwith. It’s adorable and darling finding out he’s as book mad as all that, especially his admitting he looked through some of his older brother’s books avidly, because there were nude drawings in the texts of Ancient Roman works!

“Over the next decade or so – from the late Sixties to the late Seventies – I became a furious book-hunter, driving to the market towns and cathedral cities of England in my Morris Traveller and loading it with books bought at a rate which far exceeded any possible reading speed.”

“I bought with a hunger which I recognise, looking back, was a kind of neediness: well, bibliomania is a known condition.“

And on he goes, for 27 pages of pure bliss. If you live in the UK it’s only £ 1.99. For us in the Colonies, unfortunately, all the king’s taxes of course make it much higher – $ 7.00 or so, I seem to recall pp but don’t quote me on that. Mayhaps we should dump a bit more tea in the harbor, lads…

It’s just such a joy. A complete and utter joy. Grab hold of one while you can. 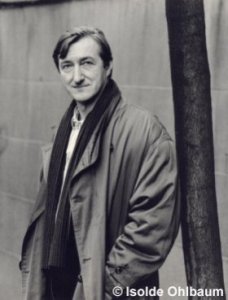