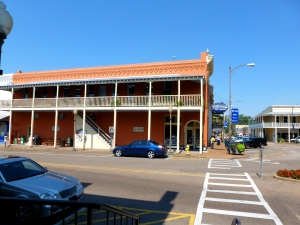 Square Books is one of the big, legendary American bookstores. It's not because it's all that old – it was established in 1979 – but, rather, for the southern literati who've made it their second home. Writers such as: Willie Morris, Barry Hannah, Larry Brown and so many others native to – or adopted into – Oxford, MS. It had the name, the reputation, the staid, respectable dignity of an elderly Confederate widow, though a relative upstart in the big scheme of things.

It's also a very big part of the reason I was so anxious to attend Booktopia 2012 in Oxford, to finally walk into the place I'd heard so much about. I'd read about the store, purchased signed first editions of some of the South's most respected writers through them, but never had I actually visited. And reader, I positive itched to. Debilitating arthritis pain or no, I would get to Square books. 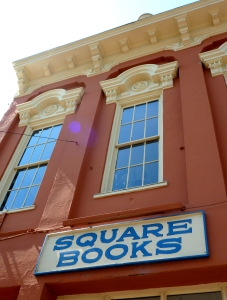 The last time I was in Oxford, long ago, before my oldest brother died (he'd come to Mississippi along with us that time, to visit our grandmother), I didn't even know of the place. I feel almost ashamed admitting that but pre-internet there are an awful lot of things I didn't know. Faulkner's home was pulling at my heartstrings then (as it did again, this visit). That, and knowing John Grisham lived there, though I'd never been a fan. If I'd have known of Square Books I'd have surely clamored to go there, though a  certain husband would have had to be dragged over the threshold – not so much kicking and screaming as glaring and grumbling. 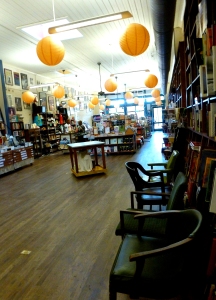 Even now he will not fathom the whys and hows of my attraction to this place I'd never been. Because I'd dreamed of it, fairly yearned for it. It holds the presence of writers who stop there still, as well as the ghost print of those who've been and gone. It isn't that it's just a bookstore, just any bookstore, and it's not that I'm fully reconciled to the pull of my southern heritage, my alternating pride at what it's produced and shame at its transgressions. 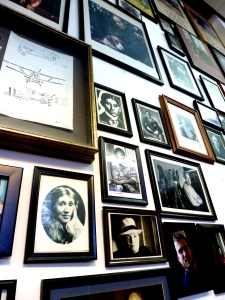 It's the books, the heritage. The language, the poetry of it all. The gothic and the stereotypical humor. It must be separated from the poverty and ignorance.

“Read, read, read. Read everything — trash, classics, good and bad, and see how they do it. Just like a carpenter who works as an apprentice and studies the master. Read! You'll absorb it.

Then write. If it's good, you'll find out. If it's not, throw it out of the window.”

And why choose a bookstore as one of the strongest holds the South has on me? Because it's here that the truth lies, where the artistically gifted still abide, those unafraid to tell the stories I know but can't express so well. 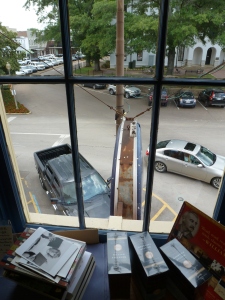 It may be difficult to understand how I manage to identify so strongly with my roots, the area of my origin, when I no longer have a relationship with my parents and extended family – some of whom still live there. The truth is, the South gets into you. It exerts a strong internal pull, for whatever reason it also has the power to churn out literary greatness in an area devoid of educational opportunities and full of almost stubbornly proud ignorance, to a native it's nearly impossible to turn your back on it forever. Even if you aren't there, it's in you. Something's in there, some beautiful ugliness with terrific strength, whispering you have to come home. And it isn't now what it was, seeing it through adult eyes. So Thomas Wolfe was correct.

“I feel like a wet seed wild in the hot blind earth.”

– William Faulkner, As I Lay Dying

It's like the kudzu, the non-native plant introduced in the South in an attempt to control erosion. The plant that crept along, clutching its tendrils into the land, the trees, the houses, any structure in its path. It wraps itself around its host, clamping roots into its guts, living off what it can suck out, and will smother anything without the prescience to cut each little thread and strain away further than it can reach. 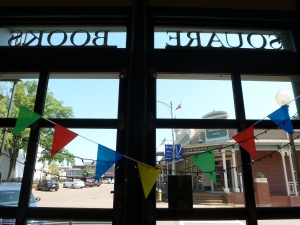 Which, if you're native southern, is very far away, indeed.

But, fortunately, just as it has the ability to choke, so can it uplift. If the past is forgiven but never forgotten, it can be distilled down to show the beauty, laying the ugly to rest.

“…I give you the mausoleum of all hope and desire…I give it to you not that you may remember time, but that you might forget it now and then for a moment and not spend all of your breath trying to conquer it. Because no battle is ever won he said. They are not even fought. The field only reveals to man his own folly and despair, and victory is an illusion of philosophers and fools.”

– William Faulkner, The Sound and the Fury

Go on and wonder.

“You don’t love because: you love despite; not for the virtues, but despite the faults.”

Someone's eyes are turning green from the baby blue they were when I brought her home. She still has that deer in the headlights look, which is pretty hilarious.