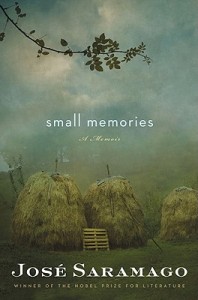 Operating on the belief it is the small memories that make up the sum of one's life, Nobel-Laureate (1998), novelist, poet, playwright and journalist José Saramago relates – in stream-of consciousness, often repetitive style – his story from his earliest memories to an indeterminate age as a young adult.

Born in the small Portuguese village of Azinhaga, near where the Almond and Tejo rivers meet, he describes his native soil as a sort of paradise, one he declares he must return to one day in order to "finish being born."

Free to roam about as a child, with full trust granted by his relatives, he followed along the river and wandered into the woods, his sponge-like mind taking in everything. At once a normal child who enjoyed pretending there were dangerous Martians and t-rexes to be fought, every detail of the natural world was processed through his poetically-inclined mind. Impressions such as the beauty of a birch trees branches blowing skyward, framing the moon, stuck in his mind to be used later as the writer he became.

Little escaped his notice, his every impression recorded in lyrical detail. He himself admits every memory may not be 100 % accurate, but everything is expressed as it appeared to him, as honestly as he can remember. All experiences he relates are his personal translation of even the smallest detail, things overlooked by all but the most sensitive, curious individuals others would walk right past.

When specific memories made an appearance later, in his fiction, he lets the reader know. After he writes what may have been his first poem – which he includes in the his memoir – he expresses a certain shame at its ineptitude. Quite the opposite, any poet could be proud of even the least of his efforts.

The love he felt for his maternal grandparents are among the most poignant stories he relates, memories of feeling loved and safe, cared for but never smothered. He tells how these  grandparents thought nothing of bringing the weakest of piglets to bed with them, warming them in order to give them a better chance to grow stronger. Saramago's memories of them are so loving, so filled with gratitude and respect.

In addition to the poetic lens through which he saw the world, Saramago showed other signs he would eventually become a writer. He was an excellent student in writing and reading, though poor at math, learning to read early by relentless study of the newspapers his father brought home. Later, he describes himself as a "compulsive liar," because he invented stories for his classmates, a tongue-in-cheek way of saying the seeds of the writing life were planted early in his life.

Small Memories is soul-touching, the beauty of the prose as much an element as the story of Saramago's life. It bounces back and forth in time, but never is the effect jarring. Written like a book-length poem, the beauty of it shines through in a way almost miraculous. It is the work of a literary genius, a born poet born with a vocation that became his gift to the world. A simply stunning book, one to be read and savored, over and over again.

[Thank you to NetGalley for my e-galley of this book.] 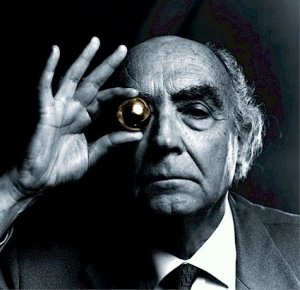