The Shortlist announcement came up before I expected it. Imagine that. Here I was thinking I had a month or more to read the Long listed titles, but somehow I misunderstood the process.

I've read Room, Grace Williams Says it Loud, Great House and The Tiger's Wife, leaving only two: The Memory of Love and Annabel. Fortunately, I own copies of both, so there's no access difficulty, only a time challenge.

The winner I pegged before the Shortlist announcement, I am happy to say,  did make it through. Want to know which it was? Okay. It's with much caution that I predict, as far as I know from the books I've read and have yet to read, the winner should be…

Because. Oh my God. Because. If you haven't read any of the nominees, read that one. They're all great; I haven't read one I regretted. But The Tiger's Wife exemplifies such accomplished writing, and from someone so godawful young!

But then, that's the reason I could see the committee not giving her the award, because she is young, and will surely write more. If that's the case, and they let seniority guide them, my back up is…

Donoghue's innovation, her inspired choice to tell the story in the voice of the five-year old son, proves how much she has grown and developed as a writer. If the prize committee decides Téa Obreht needs to pay her dues, I speculate they will award Emma Donoghue.

She remained a tiny child, atrophied on one side of her body, one of her arms immobilized, one of her legs shortened. Her parents did the best they could to take care of her; they were kind people. But when her mother gave birth to a second daughter, taking care of Grace became too much. On the advice of their physician, her parents decided to put her into a mental institution.

We get an idea of Grace's deformities: she has a hump on her back, a tongue – too large for her mouth – that protrudes, and she wears a cumbersome, custom-made shoe to even out her legs.

Her mind, through which we hear the story, is more sharp than she's given credit for, but unsurprisingly naive in some ways. Sadly, the medical staff believe she feels no pain, that she's so horrendous she's not human. The combination of her inability to effectively communicate and the cruelty of the staff make for an often heart-breaking story

At the Briar Grace meets Daniel, a boy with no arms. Unlike Grace, he has a sharp mind, only his is affected by the pain of his losses. The two of them become close immediately, and for Grace this provides a comfort, one person who sees her for herself, and not her deformities.

Henderson's prose is pared down, well-suited as the voice of Grace. Her sentences are short, the dialogue kept to the essential. It displays a simple beauty.

At one point there is a scene reminiscent of Jane Eyre's unfair confinement, a twisted take, as though Jane had been crossed with the young, wild Helen Keller:

"I tore up the books, I shat on the floor. I took all the chalk from Miss Blackburn's desk drawer and stamped on it. I ripped off my nightgown. I knocked on the door and scratched at the window. I pulled out the fingernails of my bad hand and made a pattern with them on the windowsill. I plunged my good hand into the squelchy shit. I pressed my shit into the wool of the reading rug, smeared it across the books, dribbled it through my fingers, scrawled my hand, both sides, along the blackboard, wiped my fingers through my hair – your crowning glory, darling. I bangadanged my head on the wall, making my hair flip like a pizzle.

I slept some more."

It's a beautiful, heartbreaking book, but it still manages to feel uplifting. Exemplary.

[I read my personal copy of this book.]

"Grace Williams is a character who makes herself heard." – Freya McClelland

Natalia and her friend Zora are doctors, traveling to an orphanage in order to innoculate children, in an unidentified country in the Balkans. When the story opens, Natalia's grandfather has just died, telling Natalia's grandmother he was going to meet his granddaughter, and that he'd be away a while.

Natalia had known her grandfather was ill with terminal cancer. As a doctor, he knew there was nothing to be done, and would not allow his wife to know he was ill. Why he died in a town Natalia and her family had never even heard of, though, was a mystery.

As a child Natalia idolized her grandfather.  Every week he took her to the zoo, telling her a different tale from Kipling's The Jungle Book. Her grandfather went nowhere without the volume, and it came to symbolize both the wonder of childhood and the bond between grandfather and granddaughter.

Several of her grandfather's stories had to do with a "deathless man," literally a man who could not die. He traveled around as a sort of nomad, drifting from town to town. Natalia's grandfather insisted the deathless man, unlike the tales from Kipling, was real.

Woven through is the story of the grandfather's childhood, in a small town during World War II. As a child he fell in love with the beautiful deaf and mute wife of the town butcher, a young woman who suffered at the hands of her violent husband while the young boy could do nothing for her but occasionally keep her company. But only when her husband was away. It was an innocent relationship, that of a child for an older woman, though it burned deeply into him.

Where the fairy tale ends and the truth begins lay the answer to the mystery Natalia had to unravel  to learn the secret locked away with her grandfather when he died.

Obreht's writing is so much more polished and assured than one would expect from a woman in her 20s. Her prose is hypnotic, so beautiful and smooth. And the story is actually two stories, woven together. One, the present day, in which Natalia is living and searching for answers, and the other, the past, through the life of her grandfather. It's seamless, and magical:

"I think something in those early childhood memories must have been imperishable. All his life, my grandfather would remember the sensation of standing in the warmth of the apothecary shop, staring into the cage of the apothecary's great red ibis, quiet and stern. The shop represented a magnificent kind of order, the kind of pleasurable symmetry you just couldn't get from coming home with the right number of sheep. Standing under the counter, one sock lower than the other, my grandfather would look up at the shelves and shelves of jars, the swollen-bottomed bottles of remedies, and revel in their calm, controlled promise of wellness. The little golden scales, the powders, the herbs and spices, the welcoming smell of the apothecary's shop, were all things that signified another plane of reality. And the apothecary – tooth puller, dream interpreter, measurer of medicine, keeper of the magnificent scarlet ibis – was the reliable magician, the only kind of magician my grandfather could ever admire. Which is why, in a way, this story starts and ends with him."

This would be an impressive book by an author of any age, but knowing how young Obreht is leads me to believe there is a bright future in store for her.

[I read my personal copy of this book.] 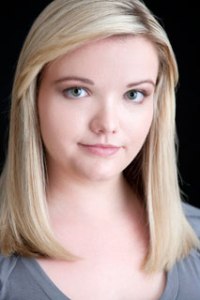