I would have sent this much earlier if it hadn't been for our smaller Jack Russell deciding to attack our bigger one out of the blue.When you have two female JRTs they can unexpectedly go at each other. In this case, our gentle, older dog rolled over and let the other dog bite the hell out of her. All she did was whimper pitifully. Thank goodness I was there to separate them.

That's why you never, ever leave two female JRTs alone with no humans, no matter how long they've lived together. It's why we cage ours when we're not here, and at night.

So, just got back from the vet, where the more aggressive dog had a nasty scratch treated (self defense from our gentler dog, we surmised). $ 77 later here I am.

That's your canine lesson of the day. 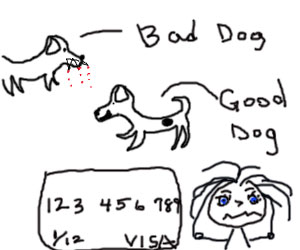 There's been a whole lotta readin' going on Chez Moi. Wherever this bonus time's coming from I'm okay with it. Maybe I've managed to bring about my super power of choice, i.e., the ability to stop time, without even realizing it. Cha ching!

Of all the potential super powers, this one is unquestionably the best. I've had this conversation with my kids before, and we're pretty much all agreed. If we could be super heroes this is the power we'd choose. Not that invisibility doesn't have its own charm. It's a close second. In fact, maybe I'm behind you RIGHT NOW and you can't even SEE ME!

Okay. Whatever. Let's get this going.

The Moviegoer by Walker Percy

I'll start off with a classic, Walker Percy's 1961 novel The Moviegoer, winner of the 1962 National Book Award.

I bought a slightly yellowed but decent copy from a used bookseller, partly on impulse but mostly because I wanted to read more southern literature. I'd always heard Percy's name mentioned in conjunction with the best of the best, so when I happened upon the book I considered it fate. It didn't hurt that the book was incredibly cheap, or that it's part of a southern literature series including the names of a few other writers I'd never heard of.

Books that lead to other books? Yes, thanks!

The Moviegoer is the story of Binx Bolling, a Vietnam vet living in, and hailing from, New Orleans. A stockbroker by trade, Binx has trouble with long term relationships, choosing to lose himself in movies instead of putting effort into real-life interactions with people. He professes to be bored, discontent with the "everydayness" of life. Therefore, he's always searching, for what he couldn't say.

"The movies are onto the search, but  they screw it up. The search always ends in despair. They like to show a fellow coming to himself in a strange place – but what does he do? He takes up with the local librarian, sets about proving to the local children what a nice fellow he is, and settles down with a vengeance. In two week's time he is so sunk in everydayness that he might as well be dead."

Thanks for perpetuating the stereotype, old buddy old pal.

The Moviegoer is a strange and occasionally funny novel, as plotless as Binx's own life, wandering from scene to scene with only the loosest of plots. I loved the atmosphere of New Orleans, the quirky relatives and the tone varying from profound to sad to lyrical:

As far as I can recall, the only novel of Hilary Mantel's I've yet attempted was her hugely successful Wolf Hall. Though I love the subject of the Tudors, around halfway through this novel I became frustrated, putting it aside because I had so much trouble keeping the characters straight it became more a history lesson than an enjoyable read. Mind, I love history, but it became too much a slog to continue.

Vacant Possession was written in 1986, back in the days of yore. In 1986 I was in college, studying for my Bachelor's Degree in English literature. I had no idea Hilary Mantel even existed, so immersed was I in the classics.

I regret that, not reading anything at all by contemporary writers when life was so much simpler, and I had those long summers with hours and hours of idle time to while away. Back then I just never thought to, not when there was a whole world of Victorian literature to keep me set for eons, reading and re-reading the novels of Hardy, mostly, with lots of Dickens thrown in. But modern writers? I was completely in the dark. Had the internet been around and as useful as it is now, things may have been different. But it was easy, as an English major, pushing aside anything that wasn't considered Literature with a capital "L."

This novel is a tremendously satisfying gothic-inspired novel, with a main character as twisted and insane as any Barbara Vine has ever created. Muriel Axon was raised by a mentally disturbed mother who locked her away from life in order, in some warped way, to keep her safe from what's "out there."

"This was Muriel's life: days, whole weeks together, when Mother didn't let her out of the house in the mornings. She locked her bedroom door, or hid her shoes. At St. David's School on Arlington Road, she was nothing but an object of remark. None of the remarks were flattering. She rocked in her chair, played with her fingers. She would not write, could not, had never learned, forgotten how. At the sound of a bell the children rushed out of the room and fought each other in an asphalt circus behind bars. She stood and watched the others, rubbing her arm above the elbow where Mother's fingers left her permanently bruised. She licked some rust from the railings; there was iron on her tongue, salt, ice. She laid about with her fists. Soon this part of life was over; Mother kept her at home."

When she was older, Muriel was released from her prison by a man who happened to see a woman – locked in an upper-floor room where there were, she felt, unnatural, invisible creatures nipping at her legs – gesturing wildly for help. He knocked down the door, pushed Muriel's mother aside, and broke the woman out of the room. As a result of the excitement, Muriel's mother had a heart attack and died.

Later, the same man bought the house. Enraged, blaming the man for her mother's death, Muriel sets about seeking revenge. And there's nothing she won't do to achieve her goal, since she has no sense of rationality, no concept of reality or normal society. Unsurprisingly, Muriel turned out to suffer from the same sorts of mental illnesses as her mother.

I love books like this, those that give me the creeps. That is, if the characters are human and not creatures from horror novels. I have no use for those. But books that explore the twisted psyche, now that's my sort of reading. If this is your cup of tea, try Vacant Possession.

A couple review books I read for the Amazon Vine program:

I've experienced crappy- life memoir overload after reading umpteen hundred of them, so I'm not sure what possessed me to actually choose to read and review this one. Luckily, it turned out to be pretty impressive.

Liz Murray grew up the child of two alcoholic crack heads. The family lived month to month on welfare checks, most of which was squandered on drugs. Surprise! What little food they did buy lasted only days after each check. After that it was everyone for him/herself.Liz learned to visit friends on a regular basis, getting hot meals there at least a couple of times a week.

In the middle is the story of what it was like to grow up in a completely neglectful household, how she and her sister, Lisa, survived. Liz eventually became homeless, again, living largely off the kindness of her friends who gave her what food and shelter they could. Still, she spent a lot of time on the streets. Her eventual success was due to her own strength of character, her refusal to let her godawful childhood doom her to the same fate as her parents.

Inspiring is such an over-used word. Rather than that, I'm amazed all over again at the ability of the human spirit to recover from seemingly impossible odds. And not just to survive, but to thrive. Many of us surmount the seemingly unsurvivable, so Liz Murray definitely isn't the first. But what she's done is write a memoir that's completely lacking self pity, telling her story without falling into the "poor me" trap. I thought that alone a very good recommendation.

Worth a read if you're a fan of memoirs, and a good book to hand to a teenager who thinks his or her life is rough.  Lots of good life lessons here. 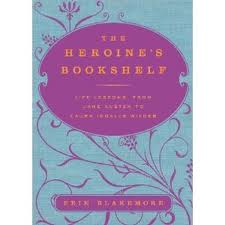 The Heroine's Bookshelf by Erin Blakemore

What author Erin Blakemore has done is take these female characters, relate their qualities as we know them from the novels they're in, while weaving in biographical details from the author's lives. In the midst of this, Blakemore extrapolates the experiences of these women to apply to women as a whole. And the effect is just wonderful.

I didn't expect this book to be nearly as good as it was. When you're choosing titles blindly it's an iffy proposition. But this time I struck gold.

Very highly recommended to those who enjoy books about books, exploring how the fiction evolves from real life.

That catches me up somewhat. Actually, considering how crazy-nuts things have been around here I'm doing well just to recap this much. The problem is while I'm waiting to catch up with what I've already read I'll be reading other books.

Wait, did I just say that's a problem? Okay, it is if it's a review book. But I'd like to share thoughts about every book I read, including those I pick up on a whim. I ask for lots of the review titles specifically, but  many of them just arrive. Sometimes they're good, and sometimes not so much. The not so much often wind up in our library sale pile, but the good ones I have the best intentions of reviewing. Sometimes it's just on Amazon, but for maximum impact I prefer blogging them, as well.

I have to have everything, don't I?

Well, frankly, YES. Shocking I don't go on a Muriel rampage, actually. Good thing my keeper put me on the choke chain. And now here comes the muzzle! Oh drat.