Hard to believe I've already turned the calendar over to June, but dear people, it is so. Seems like just yesterday we were partying down on New Year's Eve with the in laws, trying to keep them from swinging on the chandeliers and prank calling the White House. Now it's June? Was I in hibernation or something?

Unfortunately for my kids, school doesn't finish here until June 17. I think that's an all new record. If we hadn't used three snow days over the winter, which must be made up due to state education rules saying the kids have to be in school a certain number of days, they'd have been done the Friday before. Which is still later than any other district around here. Total rip off for the kids, if you ask me.

It's definitely feeling like summer out there today. It's sunny and must be near 80 F/27 C. We haven't had a clear day with no rain (including passing showers) in a while. Figures it was my Sunday to work.

I was swearing about having to work on my way out the door today (very unusual for me since I've been at the library), but it turned out to be worth it for the great program we had on laughter, its importance, and therapeutic effects. The gentleman (who has a doctorate in special needs education) was just superb. He had us actually talking to people, if you can believe that, introducing ourselves, complimenting each other and shaking hands. Touching! Strangers!

I'll admit, I normally have a boundary around me that's about 50 feet wide. It's meant to be protective, but my doctor's mentioned it may not actually be the best thing for me, though it is understandable. Now, I'm not saying I'm a changed woman … I still firmly believe a bit of paranoia is a useful thing (especially when the topics of religion or politics come up), but even I had to agree he had some good points.

And no. Three spirits did not visit me during the night, showing me my inevitable DOOM. 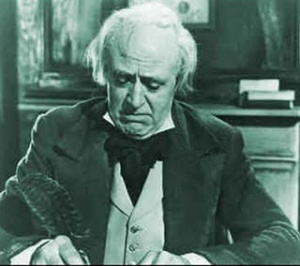 I'm still the person who told my children I'd love to go to Europe, but THEY TOUCH STRANGERS THERE. If you're riding in a bus, or a train, or just walking along the street, they aren't like Americans. They don't make use of an innate sonar to keep from bumping into people. No. They have no trouble brushing into people, touching to let a person know to move out of the way, etc. You may imagine the many fits of apoplexy I had, the restraint it took not to yell DON'T TOUCH ME; I'M AN AMERICAN! (like that wasn't thoroughly obvious) to perfectly innocent people just going about their lives. That would have been a real boon to international relations, much like George H.W. Bush vomiting all over the Japanese Prime Minister. Or George W. Bush just existing.

So no vacation in Europe for us this summer, and not just because of the touching. There's the money, the time, and the fact my youngest would have to be knocked unconscious before he'd board a plane. If we do manage to get away – and as of right now I don't guarantee it, with our schedules – we'll stay here in the country where people know enough NOT TO TOUCH.

So much for the good Dr. and all his efforts. Ah, well. He had me convinced for five minutes. That's better than the average.

Hope it's as nice where you are as it is here, and that you're out enjoying it instead of reading the rants of a lunatic disgruntled crab. Are there no prisons? Are there no workhouses?