Thought-provoking article in Sunday’s London Times about the state of contemporary fiction. The assertion of the writer is contemporary fiction is turning to mush, largely due to the constraints of political correctness but also due to a general dumbing-down of most of the western world. Authors are so concerned with not offending anyone, he asserts, they’re turning out a new brand of milque-toast prose, rather than the groundbreaking fiction of decades past.

Are writers today too afraid to really say anything? Has fiction become formulaic and, dare I say, bland?

I’ve had many problems with contemporary fiction, but at the same time I’ve been very impressed with much of it. There’s David Mitchell’s Black Swan Green, for instance, not to mention most of the Booker longlist books I read and enjoyed last fall. If it’s not harkening back too far, Margaret Atwood’s The Blind Assassin was a stellar novel. France has also given us Amelie Nothomb, an extremely cerebral writer whose works I revelled in last year. There are too many others to name, frankly, and despite the fact I read constantly I find my brain usually balks when I ask it for a straight list, but you get the idea. There are an awful lot of really staggering books out there.

I don’t agree all of modern fiction is dumbed-down. Some of it is, absolutely, but if you look at every decade you’ll find something that’s drivel. The simple fact is the publishing industry isn’t out just to serve mainly the erudite elite crowd. If they aimed at that they’d all be living on the streets, dressed in rags. Publishing is a business, and its main purpose is to serve the mainstream, as that’s where the bulk of the money is. We can argue about how that strangles art, and I’m more than sympathetic to that, but it’s also necesssary to separate publishing as a business entity from publishing as a way to further the art of writing. Sometimes those things blissfully cross paths, and when it happens that a truly gifted writer is also a bestselling writer that’s wonderful, but generally that just isn’t the case. For better or worse, the general public tends to buy a lot of middle-to-lower brow writing. That’s the simple fact.

There’s a lot of garbage being published these days, I would agree with that. It’s irritating to me personally, especially when some of these books arrive on my doorstep for review. Sometimes I do go ahead and review them, struggling valiantly to get through them (often resorting to skimming large passages, while simultaneously holding my nose to prevent gagging) but other times I just give these horrible books away. It’s just not usually worth wasting my already tight reading time on something with absolutely no merit whatsoever. I have better things to read. But other times (thankfully or I wouldn’t still be doing this!) I’ll get something impressive from the publishers, something with true literary merit. Most recently that book is Jon Clinch’s Finn, and this book I expect to make a very well-deserved impact on contemporary fiction. It’s an original and imaginative take on a very slight but fascinating reference to Huckleberry Finn’s father in Mark Twain’s novel, and it’s also one of the best-written contemporary books I’ve had the pleasure of reading for review. There are other books like Finn out there, and when I stumble on them I couldn’t be happier with contemporary fiction. 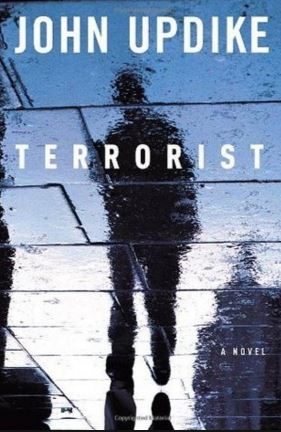 The author of the Times article takes aim at a few writers who’ve produced much better writing in the past but who have, for either reasons of feeling constrained or due to a factor of age, slipped in quality. John Updike was starting-off point. He held up Updike’s recent novel Terrorist as a prime example. I read this particular book, and I agree it was pretty awful. I’d never read any Updike before and chose to start with his most recent book, mostly because it had just come into the library and I would be the first person to read it. Reading this particular book from Updike’s oeuvre turned out to be a mistake. If he didn’t have such a staggering reputation I’d cross him off my list after this effort, but he does have the reputation, so I won’t be doing that. Who am I not to forgive John Updike? Short answer: no one. I wouldn’t dream of it.

The question remains, was Terrorist a bad book because Updike’s lowering his standards to please a dumbed-down audience, or did he just miss a beat this time? Considering his stature, and everything else he’s doing and has done in the world of criticism, etc., I don’t tend to think he’s lowering himself. Rather, I think it’s the latter, that he’s a human being, and in this case he just didn’t rise to the task. I can’t see making a federal case of that.

Every author produces a book below his or her ability once in a while. That’s just the way it is. I don’t think a bad book by Updike is really reason enough to turn a finger on serious literature as a whole. It’s irritating when this happens. When you’re expecting better it’s disappointing to be let down. But let’s not say the entire publishing industry is bad because John Updike produced a lemon. That’s just not the case.

The good stuff is out there. You may have to hunt a little harder to fi 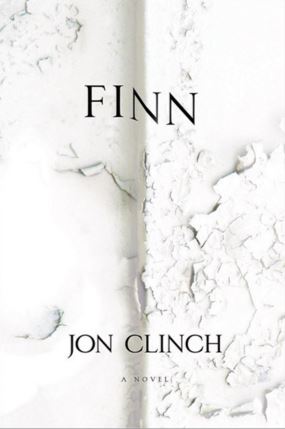 nd it, but it is there to be found. And when you do find something that’s really good, like Jon Clinch’s Finn, it’s imperative to publicize it. Get it out there so mainstream readers will notice and maybe pick it up. If you waste all your time complaining about the bad books all that energy gets virtually wasted, as all you’ve done is give free publicity to the authors churning out the books no one should waste time reading. Instead of that, turn that force around for the good and champion those who are making the grade but who aren’t yet a household name. Seems to me doing that has the potential to turn the tide, and give momentum to writers whose works the public should be reading.

As my mother has always told me, you catch more flies with honey than with vinegar. We’d all do better to keep such simple truths in mind, in literature and in life.

10 thoughts on “The Continuing Debate on Fiction in the 21st Century, or, Honey, Take it From Me…”