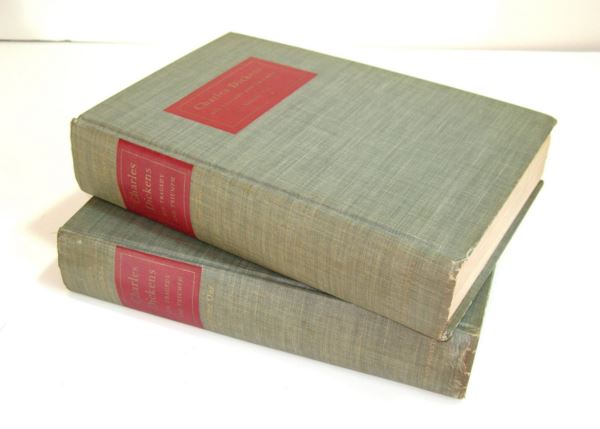 Charles Dickens: His Tragedies and Triumphs by Edgar Johnson

When Charles Dickens was a young boy, as the story goes, he and his father strolled past a house called Gads Hill Place. The young Charles was smitten by the house, and longed to one day live in it. His father, John Dickens, told him if he worked very hard all his life and applied himself to his work, he just may be able to achieve that dream.

And, of course, Charles Dickens did just that. He worked very hard, became extraordinarily famous, and for the last twelve years of his life he lived at Gads Hill Place, dying there in 1870.

Edgar Johnson’s two-volume biography of Charles Dickens is considered by many to be the definitive work on the life of the great author. After having spent last evening reading the first four chapters of this work I think I understand exactly why that is. Charles Dickens: His Tragedy and Triumph reads more like a novel than a straight biography. It’s written in a style that seems to have been influenced by Dickens himself, and this very high quality of non-fiction prose likely has a lot to do with the fact the biography is still so highly recommended today. 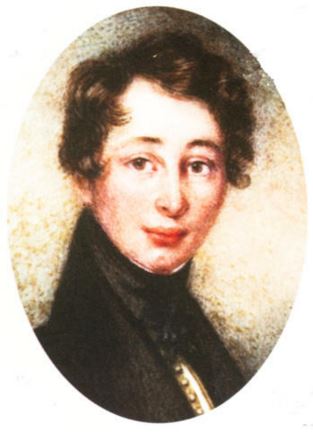 In the first four chapters of this book I got a very good picture of what Dickens’s early life must have been like. Though I knew the basics of it, I didn’t fully realize the extent of how much his years in the blacking factory really impacted him.

I also had a false idea of the sort of man I thought John Dickens must have been. A father who brings financial ruin to his family, and then sends his young son out to support himself by working in a blacking factory against his will, ending his schooling in order that the boy may support himself, doesn’t earn high marks from me. I assumed John Dickens must have been either a wreckless gambler or a hard-hearted man, but the reality seems quite different. Though it’s true he was a man who couldn’t manage money, and whose love of the finer things in life made it impossible for him to live within his means, he doesn’t seem like the black-hearted wretch I always thought he must be. According to Johnson, he was really a good man who just had problems managing his personal finances. When it gets to be really disastrous, though, is when you have a wife and several children you’re responsible for, as John Dickens did. To fail and go bankrupt is bad enough, but dragging your entire family into the poor house is another thing entirely.

So, whatever the judgment on John Dickens, young Charles wound up having to quit school and work in a the Warren Blacking Factory (right), doing menial w 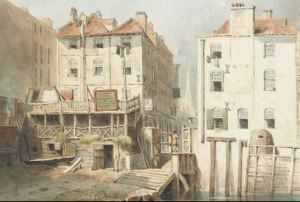 ork, at quite a young age. His little spirit was crushed, and his heart broken, partly because
this meant he had to separate from his family (who wound up in a debtor’s prison) and because he had to quit school. Quitting  school seems to have been the truly demoralizing part of the ordeal for Charles, who was driven to learn from an early age.When the day came he could no longer attend school it was a terrible blow for him.

As the story further goes, Charles was still in the blacking f
actory even after his father had managed to pay his debt and be released. Though he’d assumed he’d be returned to his normal life after that happy event, things continued much the same for him. The breaking point came when John Dickens walked past the blacking factory and found his son on virtual display in the window, demonstrating how quickly he could paste labels on blacking bottles and becoming somewhat of a sideshow. The humiliation of the public display apparently led him to protest to the manager, and the manager let Charles go. Charles, it seems, cried upon his dismissal as it was so abrupt he wasn’t sure if it was due to his own fault. Even though he’d gotten at least part of his heart’s desire, his sense of failure led him to break down. Such a sad image.

Dickens’s early years had such a huge impact on him he never felt comfortable telling anyone about his past, not even his wife. It was only after his death, when the first biography of his life came out, that his family even knew the details. Imagine the weight of carrying that secret shame around with him, and how difficult it must have been.  It really gives a more complete picture of the great writer knowing where he came from and what he experienced, especially in these crucial early years.

The Edgar Johnson biography is so wonderful I can’t even express it. I’m looking forward to getting back to it.